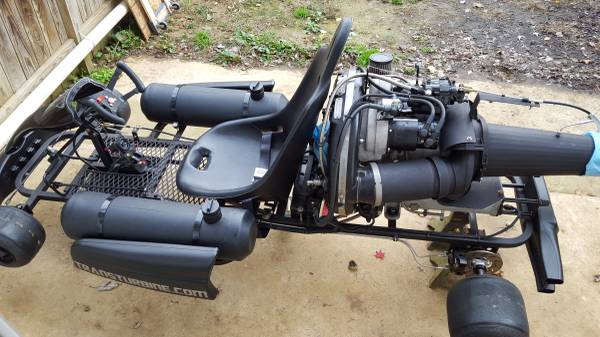 You Can Buy This Jet Engine Go-Kart on Craigslist

A Massachusetts man has apparently listed a jet-powered go-kart on Craigslist, which looks like something out of “Mad Max.”

The ad is still up, and it lists the go-kart for $10,500. The seller is based in Middletown, Maryland.

“Jet Go Kart. Powered by a Boeing gas turbine turbojet engine producing over 300 lbs of thrust. Complete and ready to go,” it reads.

For the above go-kart, “it’s finished and it’s brilliant, it’s stable it starts easy and the fuel system after a slight redesign (see website) works perfectly. Top speed so far is 60mph but i run out of airstrip so might be more in it,” the uploader wrote.