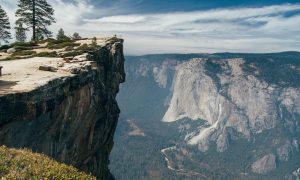 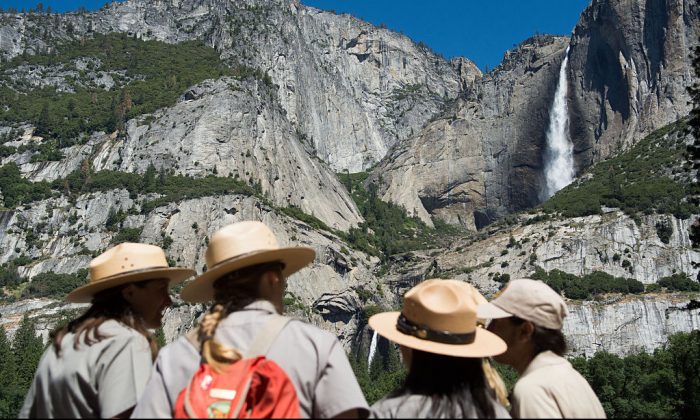 Yosemite and Other National Parks in California Partially Closed, No Maintenance During Government Shutdown

Some iconic national parks in California, including Yosemite National Park and Sequoia National Park, have announced they are partially closed or have limited access during the holidays as a result of a lack of maintenance staff during the partial government shutdown.

The freeze in government services has left the National Parks facing issues with overflowing trash bins and even issues with human waste services.

To reduce the burden, Yosemite National Park on Jan. 2 started limiting visitor access to the park at the most popular entry point from the south along Highway 41. Park Rangers will set up a checkpoint along Highway 41 and only allow people who have made reservations for lodging or camping inside the park to proceed.

Access to Yosemite National Park will be Limited Along the Highway 41 Corridor Due to the Lapse in Federal Appropriationshttps://t.co/l09vAbDYj9

“Visitor services are limited due to the lapse in federal appropriations. During the government shutdown, national parks are working to remain as open and accessible to the American people as possible,” the park said in a statement.

“Yosemite National Park is very busy with limited services,” the park’s Facebook account said on Dec. 30. “Unless you already have a reservation and places to stay, if possible, consider planning a day-use-only trip to the park after the holiday week has ended.”

The park also encouraged visitors to use restrooms at the gate communities before entering the park and pack all the trash when leaving.

Sequoia and Kings Canyon National Parks will be fully closed effective 6 p.m. on Wednesday, January 2. The parks are…

Adjacent to Yosemite National Park, Sequoia and Kings Canyon National Parks are also among those facing challenges from the same issues.

Sequoia and Kings Canyon National Parks announced on Jan. 2 that it will be “fully closed” from 6 p.m. local time due to unsafe and unsanitary conditions, and will likely remain closed for the duration of the government shutdown.

“Sequoia National Park will be closed at the Ash Mountain Entrance Station in Three Rivers, California,” a statement on the park’s Facebook account read. “This closure extends through the Foothills, Giant Forest, Lodgepole, through to Lost Grove. The closure includes all concession and park partner operations.”

“Lack of adequate parking has resulted in significant pedestrian use of the Generals Highway, creating risk of pedestrian-vehicle conflicts,” it added.

Park officials said the area has been impacted by littering and excessive trash, which could be harmful to the wildlife. In addition, congestion and icy road conditions rendered the highway unsafe and was causing hours of delay.

Other areas including the road to the General Grant Tree, Big Stump Picnic Area, and Azalea Campground are also closed. “Without the usual winter minimal sanding done by park staff, the Grant Tree Trail had become slick, causing many visitors to fall and at least one injury,” according to the Fresno Bee.

In addition, Another landmark in California, Joshua Tree National Park, said it will close all campgrounds in the park starting on Jan. 2 as a result of ” health and safety concerns as vault toilets reach capacity,” according to its website.

“Additional closures include Lost Horse Mine Road due to illegal activity and Rattlesnake Canyon in order to reduce the number of search and rescue events for rangers already spread thin due to the government shutdown. Keys View Road is also closed, effective immediately,” said the park officials.

Other closures or limits of national parks can be found at a list provided by the National Parks Traveler.