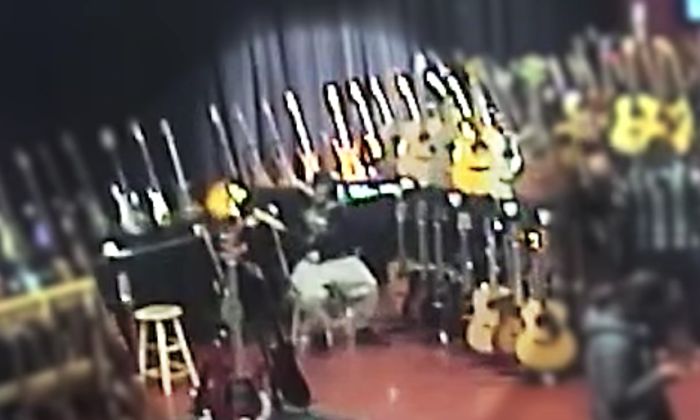 In this surveillance image, a suspect described as a man in his 20s appears to stuff a Les Paul guitar down his pants.(Youtube/York Regional Police)
Canada

RICHMOND HILL, Ont.—Police north of Toronto are searching for a man accused of stealing an $8,000 guitar by hiding it in his pants—a feat captured on surveillance video.

Video shared by police shows a man sitting on a stool in the store and sliding the guitar, headstock and neck first, into his pants.

In the video, he then picks up another guitar and appears to strum it.

Police say that after the man left the store, he hopped into a vehicle being driven by another suspect.

They describe the first suspect as a man in his 20s wearing “extremely large, baggy” pants.