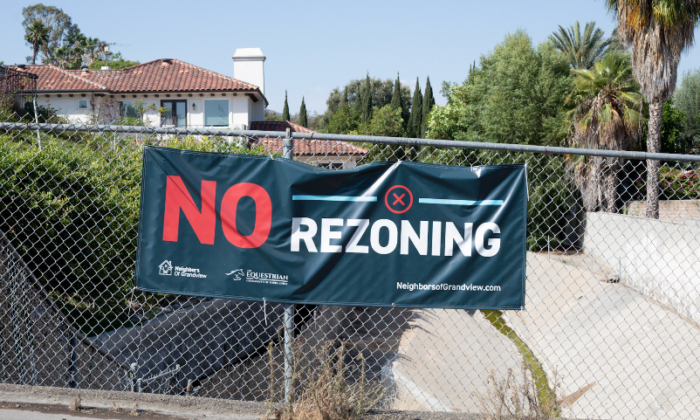 YORBA LINDA, Calif.—As over two dozen people gathered within the chambers of the civic center, planning commissioners approved July 27 an environmental impact report for the city’s prospective locations for the state-mandated housing zones.

To meet California’s housing demand, the state mandates cities to rezone land for housing. Yorba Linda must make space for over 2,400 new housing units by 2029. The city does not need to construct the units, but only make space for them.

During the commission meeting, residents voiced concern on how additional units would interfere with an emergency evacuation during a fire, like the Blue Ridge fire in 2020 that tore through nearly 14,000 acres, much of which was in Yorba Linda.

“I read the environmental impact report and it says the project will definitely increase calls for service for the Orange County Sheriff’s Department and the Orange County Fire Authority,” Patrick Thrasher, a 29-year resident of Yorba Linda, said at the meeting. “Wildfires in the east end of the cities are a major issue. We fear anytime we see smoke in the sky there’s going to be another fire.”

City officials have appealed to bring down the number of mandated housing units in 2020 and 2021, but were denied.

After narrowing down select sites, city staff proposed over two dozen that would go toward the state’s requirement.

Proposed areas of rezoning for state-mandated housing throughout the city range from church properties to vacant parcels of land connecting with neighborhoods and schools.

Some of these sites are in residential areas, where signs stating, “NO REZONING” and “NO HIGH DENSITY HOUSING” could be seen posted to fences along the sidewalks.

With the commission’s approval, the environmental impact report will move to the city council for consideration Aug. 2.