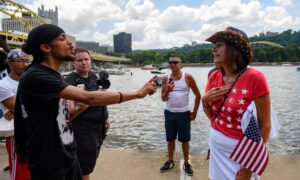 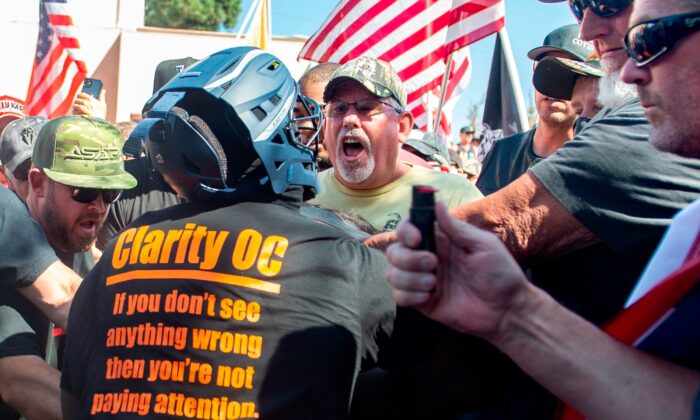 The City of Yorba Linda wants to deny a claim for damages against a man who was injured during a Black Lives Matter (BLM) protest on city property last September.

Brian Willis—who was hit by a sedan during a protest and counter protest last September—filed a claim against the city, alleging it was negligent in failing to provide enough security for the event. He also questioned why officials allowed the protest to proceed despite a high risk of violence.

The BLM protest began at 2 p.m. last Sept. 26 on Imperial Highway and was interrupted by a much larger group of President Donald Trump supporters.

The Orange County Sheriff’s Department (OCSD) declared the demonstration an unlawful assembly at 2:40 p.m. and ordered everyone to leave the area, Sgt. Dennis Breckner said at the time.

That’s when a woman drove her compact car through an intersection and struck a man and woman, police said.

“The man suffered two broken legs, and the woman had major injuries,” Breckner told City News Service following the attack. “Both were transported to a hospital for treatment of their injuries.”

It was not clear how much Willis sought from the city in damages.

His wife Michele also filed a claim, saying she suffered “a lack of consortium, including loss of love, companionship, comfort, care, assistance, protection, affection, society and moral support,” according to a city report.

But in a report to council, the city said it hadn’t issued a permit for the protest. It said its contracted law enforcement, the Orange County Sheriff’s Department, was present during the protest.

Councilors will decide whether to approve or deny the claim during a Feb. 16 meeting, but Yorba Linda city manager Mark Pulone is recommending the claim be rejected.

If the Willises’ claims are denied, they’ll be notified in writing and have six months from the date of the letter to file a lawsuit.