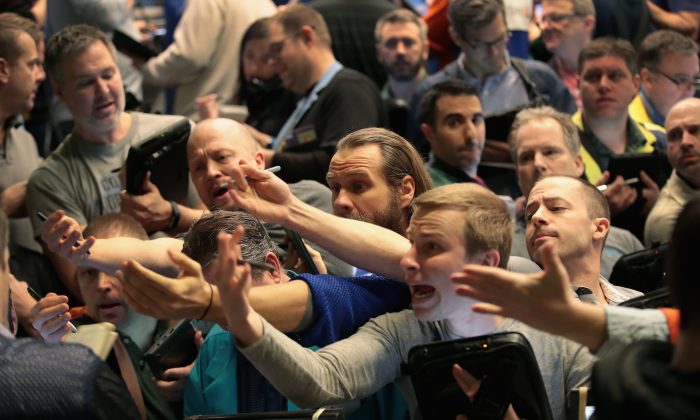 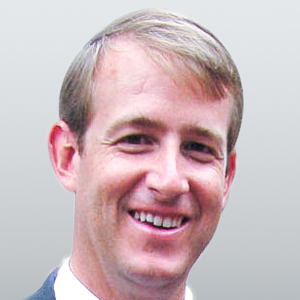 The financial industry—banks and the shadow banking system—is based on borrowing short-term funds to lend against long-term assets and make a profit in the spreads.

The business model “works” because short-term rates are nearly always lower than long-term rates. The generally accepted explanation for this phenomenon is that the longer one lends one’s funds, the riskier it is, and so the more compensation the market demands.

This works great as long as borrowers can roll over maturing short-term debt at the same conditions, which is generally the case in an expansionary monetary environment.

As a result, steep yield curves encourage the banks to create credit via the fractional reserve system and ought to produce large financial and corporate profits for new projects, which accelerates economic growth.

But growth is not always good. Expanding investments in fundamentally uneconomic projects juices GDP for a certain period but results in overcapacity and eventually financial distress. When distress approaches, the scramble for ready cash sends short-term rates sharply higher so that they exceed long-term rates, a so-called “inverted yield curve.”

If the current trend continues, we are about to see the yield curve invert for the first time since 2007, as spreads between longer dated 10-year Treasuries and shorter dated 2-year Treasuries have fallen from 2.9 percent in 2011 to just 0.29 percent today.

An inverted curve is deadly to banks and the shadow banking
system because the cost of capital then exceeds the expected return on investment, which means the financial system ceases creating credit for new enterprises.

The whole yield curve can rise without inverting, but inversion always occurs in the context of rising short-term rates and even slight inversions in December 2000 popped the internet bubble and the housing bubble in March 2007.

For example, let’s assume that a bank is used to lending out a 10-year corporate loan and finances the loan with 3-month wholesale funding at the London Interbank Offered Rate (LIBOR).

To get a sense of the economics, in April 2015, the 10-year high-quality corporate bond par yield was paying 3.16 percent and three-month LIBOR was only 0.275 percent, earning a spread of 2.89 percent. Today, three-month LIBOR is 2.35 percent.

Even though a new investment would still yield 1.69 percent (because the 10-year corporate bond rate has risen to 4.04 percent), the existing loans from 2015 are fixed at 3.16 percent, so the yield on that has shrunk to a paltry 0.81 percent and it keeps falling.

And despite complicated arrangements with floating rate debt securities and interest rate swaps as well as asset securitization, the underlying dynamics of shrinking spreads doesn’t change.

As rates rise, and the short-term rate goes above the rate at which
long-term loans were made in the past, the nodes of finance (banks, pension funds, insurance companies, private equity firms, money market funds, etc.) start making current losses.

The scramble for funds to exit loss-making arrangements sends short-term rates higher again, causing ever-mounting losses until the system implodes. This is more or less what happened to the savings and loans industry in the 1970s and the entire economy in 2001 and 2008.

Current market expectations are that the Fed will keep raising rates and the curve will invert by year’s end. Some at the Fed understand the danger. In late June, James B. Bullard, president and CEO of the Federal Reserve Bank of St. Louis, warned, “I would see the yield curve inversion as a key near-term risk for the Fed.”

And it’s not just the Fed; even while the S&P 500 has risen 3.7 percent year-to-date, the financial sector ETF has fallen 2.4 percent.

The question is always what gold will do when the curve inverts and liquidity evaporates, since it resides outside the banking system and these credit shenanigans.

On one hand, there will be an enormous short squeeze on dollars—assets will be tossed at any price in the mad scramble for dollar liquidity to meet margin calls and pay back existing debt. This is the reason gold fell over 30 percent from March to October 2008.

Then, as the system teetered on the brink of collapse, within four months, gold was flat for the year as stocks lost almost half of their value. As markets anticipated central bank balance sheet expansion, gold went back to all-time highs before doubling again. This scenario could certainly play out in this cycle as well.

But, there is an important difference: Gold had quadrupled over the previous eight years since a rocky bottom in 2000. This move attracted levered momentum players, which then had to sell during the 2008 crisis.

There is no equivalent momentum play in gold right now, and everyone knows what will inevitably come during the next liquidity crunch: massive money printing.

So it may just be that gold rockets higher when the system starts to implode after the yield curve inverts this time around.

Gold mining companies have great convexity to gold on the upside, as the more the price rises, the more margins expand. Since gold is money unencumbered by the credit experiments described above, gold mining companies can “print” money in times of distress just by digging it out of the ground. This is one of the reasons gold mining stocks did so well during the Great Depression even as all other asset prices collapsed.

This is the main reason that gold mining stocks offer great protection in times of financial stress. They also have financial resilience on the downside: producers that have little or no debt and can defer sustaining capital expenditures, and developers and explorers who can furlough employees and wait for better times.

The share prices may turn ugly in a liquidity crunch, depending on what gold does in the initial crash. But as long as the equity is able to retain its claim on the golden assets (escaping the twin risks of default and dilution), they should bounce back with gold as they did in 2009 and 2016.

Of course, timing this bounce is almost impossible, so it pays to add gold mining shares to a diversified portfolio of assets.

And gold mining share prices recently have been more resilient than one might have expected, in fact. Gold sank by 4.1 percent in June—a large move for gold but gold equities fell by less.

The broader gold mining indices have shown resilience to the recent drop in gold prices. Since gold mining equities generally lead the gold price, it is a hopeful sign that gold’s seven-month correction may finally be nearing its end, just as the broader market becomes ever more vulnerable.