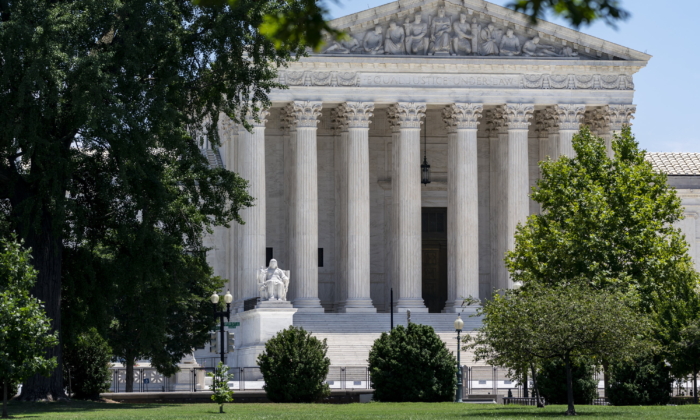 Yeshiva University has vowed to continue fighting in litigation over who should have the power to determine which campus groups it recognizes, after the Supreme Court on Sept. 14 unexpectedly lifted an order that had allowed the university to refuse to accept an LGBT group based on the school’s religious beliefs.

Founded in 1897, the Orthodox Jewish university in New York describes itself in court documents as “the world’s premier Torah-based institution of higher education.”

The word “yeshiva” itself refers to a traditional Jewish religious school.

In June, Judge Lynn Kotler of the 1st Judicial District of the New York Supreme Court, a Democrat, ruled that the university wasn’t a bona fide religious corporation because its “organizing documents do not expressly indicate that Yeshiva has a religious purpose.”

This meant the school wasn’t exempt from the public accommodation provisions of the New York City Human Rights Law, which forbids discrimination based on sexual orientation and gender identity, and that Yeshiva was, therefore, required to recognize the club.

She provided no reasons for her decision in the application known as Yeshiva University v. YU Pride Alliance (court file No. 22A184).

But on Sept. 14, the full Supreme Court suggested that the application had been brought prematurely since the lawsuit was still before the lower courts.

The high court reversed the stay in a 5–4 unsigned order “without prejudice to applicants again seeking relief from this Court if, upon properly seeking expedited review and interim relief from the New York courts, applicants receive neither.”

“The application,” the order continues, “is denied because it appears that applicants have at least two further avenues for expedited or interim state court relief.”

Rabbi Ari Berman, president of Yeshiva University, told The Epoch Times that the school will continue to fight for its religious freedoms guaranteed under the First Amendment.

“Every faith-based university in the country has the right to work with its students, including its LGBT students, to establish the clubs, places, and spaces that fit within its faith tradition,” Berman said in an emailed statement.

“Yeshiva University simply seeks that same right of self-determination. The Supreme Court has laid out the roadmap for us to find expedited relief, and we will follow their instructions.

“At the same time, as our commitment to and love for our LGBT students are unshakeable, we continue to extend our hand in invitation to work together to create a more inclusive campus life consistent with our Torah values.”

“Today the Supreme Court instructed Yeshiva University to make an additional effort to get the New York courts to grant them emergency relief and made clear that if that protection is not provided, they can return to the Supreme Court to seek its protection again,” he said. “We will follow the court’s instruction.”

Previously, Baxter denounced Kotler’s ruling as “an unprecedented intrusion into the autonomy of a religious organization and a gross violation of the First Amendment.”

Katie Rosenfeld, a lawyer for the YU Pride Alliance group, lauded the Supreme Court’s withdrawal of the stay.

“This Supreme Court decision is a victory for Yeshiva University students who are simply seeking basic rights that are uncontested at peer universities,” Rosenfeld said, as previously reported by The Epoch Times.

“A majority of the Supreme Court has ruled that this case must go through the normal state process, rejecting the university administration’s unprecedented, premature, and harmful rush to the highest federal court in the country.”

Alito stated that “Yeshiva would likely win if its case came before [the Supreme Court].”

“Does the First Amendment permit a State to force a Jewish school to instruct its students in accordance with an interpretation of Torah that the school, after careful study, has concluded is incorrect?” Alito wrote.

“The answer to that question is surely ‘no.’

“The First Amendment guarantees the right to the free exercise of religion, and if that provision means anything, it prohibits a State from enforcing its own preferred interpretation of Holy Scripture.

“Yet that is exactly what New York has done in this case, and it is disappointing that a majority of this Court refuses to provide relief.”