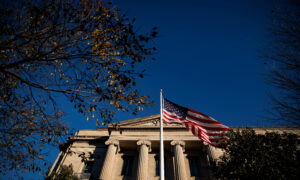 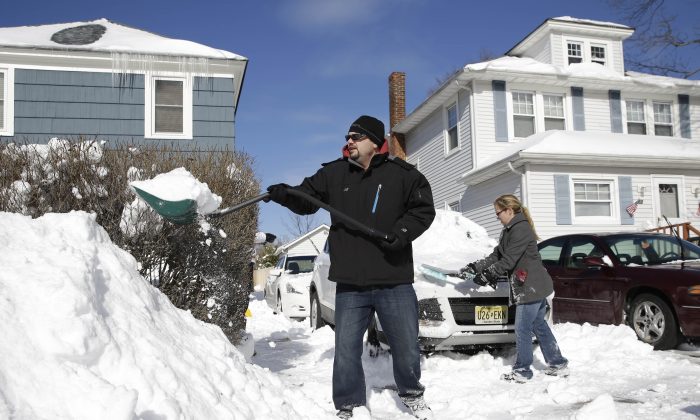 Shane, left, and Dawn Perry clear snow from their driveway and cars in Patchogue, N.Y., Wednesday, Jan. 28, 2015. While much of the New York City region breathed easier after eluding serious damage from a deadly blizzard, highway crews helped eastern Long Island residents recover from a storm that dumped more than two feet of snow in some places. (AP Photo/Seth Wenig)
US

Yes, More Snow is Coming to the Northeast in a Few Days

This week’s blizzard hit New York City with a whimper, but snow continues to fall across Long Island to New England, with as much as 30 inches of snow in some places.

And while many have begun the process of digging themselves out, weather forecasters say there’s going to be more snow coming for the region on Friday.

Both Weather Underground and The Weather Channel have extended forecasts that say snow and possibly rain will come down on Friday. It won’t bring as much snow as Winter Storm Juno.

“As the storm strengthens and pivots along the coast of northern New England, a period of wind-driven snow can occur in portions of New Hampshire, Maine and New Brunswick on Friday,” Accuweather meteorologist Alex Sosnowski said.

The Weather Channel notes that during the end of January and Groundhog Day, “a more expansive stripe of snow is possible from the southern Rockies to New England as we close out January and say hello to February.”

The snow could cause travel delays for air travelers in the United States. Detroit, Boston, New York City, and Pittsburgh will likely be the worst-affected.

Meanwhile, areas hardest hit by the blizzard the tore through Massachusetts were on the state’s coastline where ocean front homes took the brunt of raging seas.

In seaside Marshfield, officials were still assessing the damage, but said at least four homes will likely be condemned. A dozen more sustained substantial damage after two 80-foot sections of sea wall were smashed.

In Scituate, at least five homes on Oceanside Drive were damaged and a sea wall was compromised.

On Long Island, Suffolk County police reported two fatalities during the storm. One was a 17-year-old boy snow-tubing down a street with friends who crashed into a light pole and died. The other was an 83-year-old man with dementia who was found dead in his backyard.

In Southold, a rural town near Long Island’s eastern tip, officials were relocating huge piles of snow to community beaches and parks, said town supervisor Scott Russell. The town also was reaching out to volunteers who could help shovel driveways for older residents.