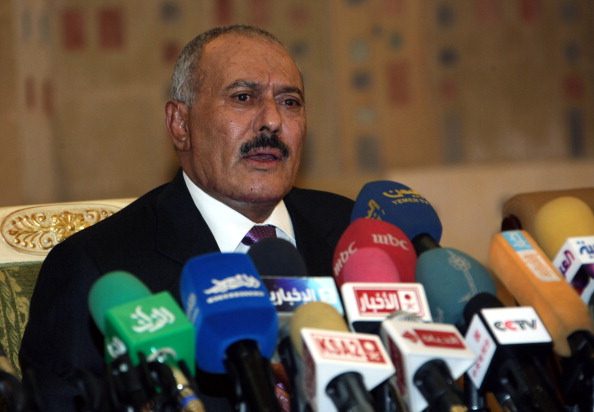 Yemen President Ali Abdullah Saleh arrived in the United States on Saturday to seek medical attention for burns and other injuries suffered during an assassination attempt last summer, according to state-run media.

Saleh arrived in New York and was received by the Yemen ambassador to the United States, Abdul-Wahab Abdullah al-Hajree, according to SABA news.

Saleh spent several weeks in a Saudi hospital after a rocket-propelled grenade attack on his presidential compound in the capital city of Sanaa. Four of his guards were killed and a number of top Yemeni officials were also injured.

Last week, the Yemen Parliament passed a law that gave Saleh full immunity from being prosecuted over the bloody conflict between state security forces and protesters.

Saleh said that while he plans on spending an undetermined amount of time in America, he will return to Yemen and will attend the swearing-in ceremony for his successor. Until then, Vice-President Abdu Rabu Mansour Hadi heads the impoverished Arab nation.

Over the past year, a large number of protesters have turned out in Sanaa and other cities, calling for Saleh’s ouster. The protests left a gap in security that allowed for al-Qaeda offensives in the south and a Shi’ite insurgency in the far north of the country.

The protests and general unrest has left Yemen, the Middle East’s poorest country, in even worse shape, as the economy has been severely weakened, with rampant food shortages. Some analysts fear that the country will become another failed state, similar to Somalia, which lies just across the Red Sea from Yemen.