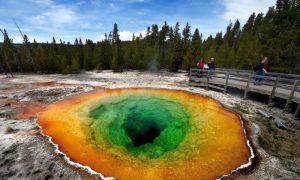 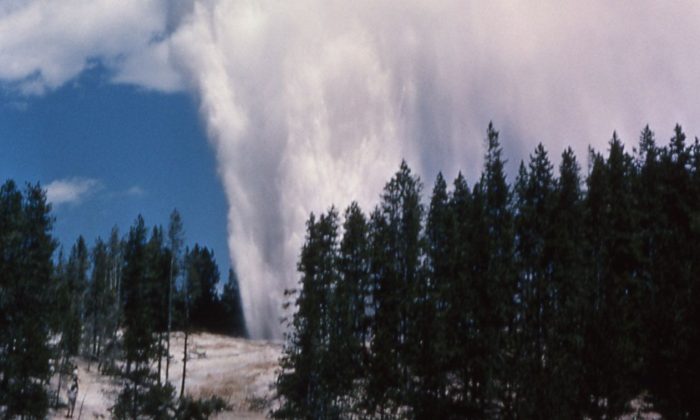 Yellowstone’s Tallest Geyser Breaks Its Own Record, Scientists Aren’t Sure Why

Yellowstone National Park’s Steamboat Geyser is quite active right now, and scientists aren’t sure exactly why.

The geyser sped up its eruption cycle in June and set a new record for intervals between eruptions, the Billings Gazette in Montana reported.

The geyser’s shortest break between eruptions took place on June 15 when it blasted three days, three hours, and 48 minutes after its previous eruption, the paper reported.

“I wish I could tell you,” said Michael Manga, of the University of California, Berkeley, told the paper.

“I think this is what makes Steamboat, and geysers in general, so fascinating is that there are these questions we can’t answer,” Manga, who studies geysers, added to the publication.

Meanwhile, Michael Poland, the scientist in charge of the Yellowstone Volcano Observatory who often tries to downplay reports about the Yellowstone Supervolcano erupting, said that the Steamboat eruptions are merely “a geyser being a geyser.”

“Steamboat clearly has a mind of its own,” he said. “And right now it’s putting its independence on display.”

The U.S. Geological Survey suggested that the Steamboat Geyser eruption record has no connection to the infamous supervolcano.

The agency said that “geysers are supposed to erupt, and most are erratic, like Steamboat,” USA Today reported.

“Also of note, Steamboat has been pausing for a second and restarting water phase, which I’ve been told is a rare occurrence,” said Big Sky photographer Ryan Molde to the Gazette. “In addition, it’s been going off for more time recently than it had been, and one of the park employees said the June 15 event was also quite high.”

The Gazette also noted that records of the geyser’s eruption go back only to the early 1980s.

Meanwhile, according to the Yellowstone Volcano Observatory’s website, “Steamboat Geyser, in the Norris Geyser Basin, appears to have entered a phase of more frequent water eruptions, much like it did in the 1960s and early 1980s.”

It also stressed that it doesn’t have much to do with the volcano. “Although these eruptions do not have any implications for future volcanic activity at Yellowstone (after all, geysers are supposed to erupt, and most are erratic, like Steamboat), they are nonetheless spectacular, and many people had a chance to see Steamboat in eruption during the summer of 2018 and now in the summer of 2019 as well,” the agency wrote.

The Observatory also said the word “geyser” comes from the word geysir, which is a name given by Icelanders in the 17th century to refer to a hot spring in southwestern Iceland.

“Geyser-like behavior in natural systems has also been observed on the ocean floor and is inferred to occur on Saturn’s moon Enceladus and Neptune’s moon Triton. Natural geysers on Earth are not common; there are fewer than 1,000 worldwide, and about half of these are in Yellowstone National Park,” the agency wrote.