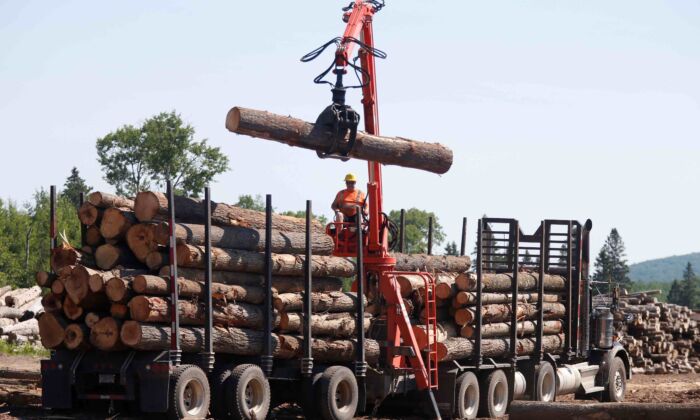 ROSEBUD, South Dakota—U.S. Treasury Secretary Janet Yellen said on Tuesday that President Joe Biden is not expected to cut U.S. tariffs on Canadian lumber as part of potential tariff relief he is considering to fight inflation.

“To the best of my knowledge, they’re not under consideration, at least as part of the things that the president is currently looking at,” Yellen said of the anti-subsidy duties of 11.64% on most Canadian lumber imports. She made the remarks to reporters during a visit to the Rosebud Sioux Tribe reservation in South Dakota.

On Monday in Toronto, Canadian Finance Minister Chrystia Freeland suggested to Yellen at a public forum that cutting the tariffs would be one way to ease inflation and end a long-running trade dispute between the North American trading partners. Lumber and building material prices have soared over the past year, as demand for construction surged as the COVID-19 pandemic eased.

Biden is considering scrapping tariffs on a range of Chinese goods to curb inflation, but no decision is likely before next week’s Group of Seven summit, people familiar with the matter said. The cuts are potentially substantial, but the scale has not been decided, according to the sources.