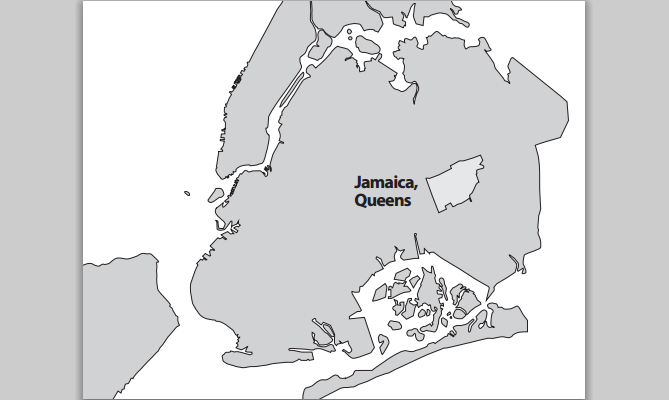 On Tuesday, city officials from agencies in transportation, housing, infrastructure, economic development, and tourism all convened in York College to listen to a large group of community leaders.

“We have all the people at the table that you will need to accomplish your vision,” said Deputy Mayor Alicia Glen. This sort of place-making approach is characteristic of the Bill de Blasio administration, she said.

But the community workshops also highlighted the challenges the mayor’s housing plan is facing.

The 10-year housing plan includes 80,000 new affordable units over the next decade, most of which will come from large development projects. This strategy relies on the strong real estate market spurring developers to build.

Alison Novak of The Hudson Companies, a residential development company with work all over the city, said they have been approached to do 80/20 projects (80 percent market rate units, and 20 percent affordable units) in Jamaica but couldn’t make the math work.

Housing bonds and tax incentives from the city do not cover affordable units in a way that makes them comparable to market rate units for the developer, which means the market rate portion of the building effectively subsidizes the affordable units.

And in Jamaica, Novak explained, even market rate units fall under prices of what would be considered an affordable unit for a middle-income family or less.

The administration has also stressed the importance of developing projects in line with what the communities need and want.

Now that the market has picked up, Jamaica has 500 residential units in the pipeline as well as new retail space. But it’s a far cry from what the neighborhood needs, community leaders said.

Last year Bluestone Organization broke ground on a two-tower project with 100 affordable units, and ended up receiving 40,000 applications for the apartments.

That number would have been even higher if the income requirement matched the neighborhood, said Ismene Speliotis, executive director of the Mutual Housing Association of New York.

As many residents said, Jamaica is a neighborhood of extremes. There are very wealthy residents, and others far below the poverty level.

In some cases a project’s minimum income requirement for applicants to qualify for affordable housing is still above the neighborhood’s median income, Speliotis said, “and then they don’t bother applying.”

The income requirements for affordable housing end up transplanting residents from other, more expensive neighborhoods to Jamaica, without solving the housing shortage problem for the residents of Jamaica.

Jamaica is also a transportation hub in its own right, bordered by subway stops, Long Island Railroad lines, and the AirTrain leading to the John F. Kennedy International Airport.

On paper, this makes the neighborhood highly attractive for development, but residents pointed out several problems—some roads are narrow, dangerous, and in poor condition; there is heavy congestion in many areas; buses are unreliable; and options like the LIRR are housed in the borough but do not serve it.

But the group was not without solutions—residents suggested a variety of fixes, both long term and short term, to promote the neighborhood and make it more livable.

A strength of the neighborhood is its incredible diversity—something the city wants to help preserve. Jamaica is home to a wide range of ethnicities, income levels, ages, and sectors.

The transportation and diversity are the bones of the neighborhood, Glen said, and are what the city wanted to build on as it provided support for Jamaica to thrive.

Many hoped to capitalize on diversity to turn Jamaica into a destination, rather than a throughway to and from the airport.

“We are underdeveloped,” one resident said, summing up a workshop. But tools to help their local, minority-owned businesses improve would help economic growth, she said, leading to jobs, housing, and making Jamaica a place people want to visit.