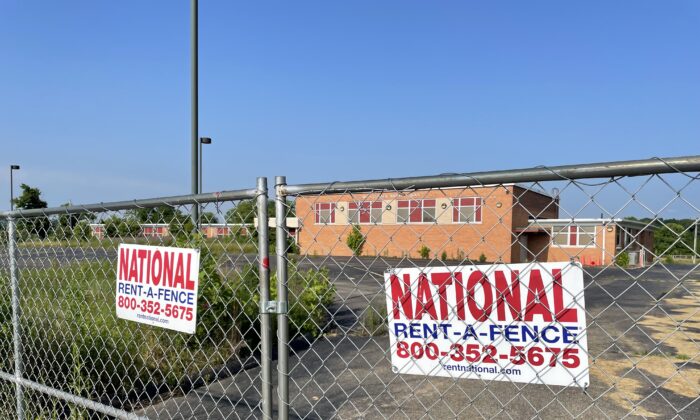 PIKETON, Ohio—Three years after the presence of enriched uranium was reported at a Piketon, Ohio, middle school, the surrounding community is still awaiting test results to find out the full extent of the problem.

Pike County Health Commissioner Matt Brewster told The Epoch Times on June 13 that he expects “anytime now” the results of an assessment of nuclear contamination in the six-mile radius surrounding the Portsmouth Gaseous Diffusion Plant (PORTS).

Located just south of Piketon, PORTS has been a source of community pride and economic opportunity since the Cold War era, when it served as a uranium enrichment facility for nuclear bombs. Though largely decommissioned, the U.S. Nuclear Regulatory Commission (NRC) approved plans last year for the remaining facilities at the 3,777-acre site to continue processing uranium for nuclear reactor fuel—still offering some of the highest-paying jobs in the otherwise depressed Appalachian region of southern Ohio.

Some residents suspected that the facility contributed to Pike County’s consistently having among the highest cancer rates in Ohio—more than 500 cases per 100,000, or about 10 percent above state average, according to the Ohio Cancer Atlas 2019—but the issue was largely a dispute between labor and the various contractors who operated the Department of Energy (DOE)-owned site.

That changed in 2019, when Dr. Michael Ketterer of Northern Arizona University reported discovery of the presence of enriched uranium and other radioactive material at Zahn’s Corner Middle School, which is about four miles northeast of PORTS. Ketterer’s report led to the DOE admitting to having detected radioactive americium in the air monitor near Zahn’s Corner in 2017, sparking outrage in the community that the federal government had kept information about nuclear contamination from them for some two years.

Zahn’s Corner Middle School was shuttered, and its students transferred to other schools several miles west.

The DOE promised change, starting with the funding of a comprehensive test to ascertain the full scope of contamination. Pike County chose the Canton, Ohio-based Solutient Technologies to test soil samples in numerous locations within a six-mile radius of the Portsmouth Gaseous Diffusion Plant.

The results of that assessment still are not public.

“COVID set everything back. Sampling took longer when traveling wasn’t permitted, and the data validation and all those things took much longer than any of us thought,” Brewster said of the three-year-old assessment. “Really, anytime now we’ll have those results.”

Pike County Career Technology Center superintendent Eric Meredith said he still has not seen results, even though workers collected soil samples from his school more than a year ago.

“I originally thought it was supposed to be 3 to 6 months before we heard back, but I guess it’s a lengthy process,” Meredith said.

Other schools also continue to operate just miles from Zahn’s Corner. Meredith said he’s hopeful his school isn’t contaminated because it sits west of PORTS—though he admitted he can’t be sure.

“I heard people say our building should be safe because we aren’t typically downwind of the plant—everything seems to head east—but we all know there are different weather patterns and things that can happen daily,” he said. “I don’t know the scientific information about that exactly, but hopefully they’re correct and the wind’s helping us out—but I don’t want it to hurt anyone else, either.”

A nearby resident who spoke to The Epoch Times was despondent about the issue, resigned to the fact that the federal government isn’t coming to help an impoverished community long forgotten by the rest of the country.

“I’ve drank the water out of the well, we’ve woken up and seen ash on our cars years ago—it’s too late to have concerns,” said Kathy Myers, who lives about 200 yards north of the closed school. “I’ve never given it a whole lot of thought. It’s a day late and a dollar short.

“What can you do about it? That’s our government. They don’t care.”

However, some have hope that the truth will eventually come out, and that it will spur the federal government to help the community.

Jeff Walburn, a former worker at PORTS, has sued the DOE and its contractors over the contamination. His class-action lawsuit was voluntarily withdrawn last November, but he plans to refile in the future. He told The Epoch Times he hopes the test results will finally spur Congress to action.

Neither the DOE nor Solutient Technologies—the company conducting the assessment—responded to emails seeking comment for this story.