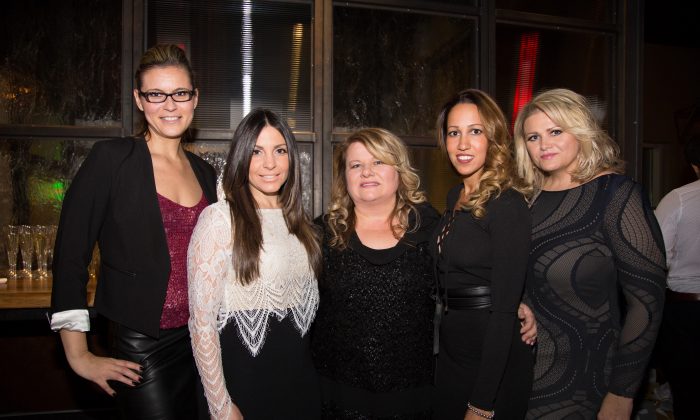 The Year of the Monkey promises to be fortuitous in more ways than one, according to Mississauga-based In2ition Realty, the one-stop GTA sales and marketing shop that plays a hand in everything from brokering land acquisitions to marketing strategy and realty services.

The company noted 2015 was a particularly active year in real estate for the GTA’s Chinese community, as its collective investment porfolio expanded throughout the greater region. In addition to honing in on small but burgeoning markets, Chinese investment in secondary markets of the 416 remained high with no signs of dissipation.

“Mississauga is great because you have a city centre here that is an urban village,” said In2ition Realty CEO and president Debbie Cosic. “There’s a fantastic urban village in Port Credit as well, so these are two hubs where people can socialize and shop.

“Large businesses have also relocated here in recent years, with a substantial amount of industrial and office growth. University of Toronto at Mississauga campus is here, Sheridan College is here, and there’s no purpose-built student housing. It feeds into the condo development in the area because you can live and work or attend school  in Mississauga without a large commute.”

Markham and Scarborough remain the strongest residential hubs for the Chinese community, though, as represented through staggering occupancy composites. Ninety percent of buyers at Fontana Condos and Townhomes in Markham are Chinese, and 60 to 65 percent of Chestnut Hill Developments and Fortress Real Developments’ Lotus Condos is comprised of Chinese buyers.

However, the community’s move east in 2015 confirms what the In2ition team has long suspected: the Chinese community is the savviest real estate investment group in the Greater Toronto Area. San Francisco By The Bay, a waterfront condominium and townhome project in Pickering, has attracted a robust contingent of Chinese buyers, and they’re cognizant of Lake Ontario’s value.

“We’ve also seen Chinese buyers go east from Markham and Scarborough to Pickering,” said Cosic. “About 25 percent of our buyers there are Chinese.”

The scarcity of land—and by extension, affordable housing—in the immediate GTA has redirected developers towards the region’s fringes. Dundalk, located about 90 minutes north of The Big Smoke, is ripe for developing capacious, affordable housing. Flato Developments Inc. is building a 900-house master-planned community there called Edgewood Greens.

“A new trend that is emerging is areas not previously known on maps are now selling well-known smaller communities,” said Liana Pronio, In2ition’s vice president of sales for Central Canada. “For 2016, that will continue to be the trend.”

“Affordability, or lack thereof, is the theme of this coming year,” added Cosic. “(Smaller communities) are magnets for purchasers because of the affordability, but it also has to do with where their jobs are located. If they’re in Mississauga or Brampton, for them to get to those west- or north-end areas is no problem.”

In2ition points out that, while development continues surging rapidly, infrastructure is thoroughly arrested.

“There’s a lot of pressure on government to increase transit,” said Cosic. “When it comes to transportation, we’re not a world-class city. Government has to continue making that a number-one priority for these bedroom communities. Poeple of the 905, due to the increase in the flex work market, can work from home two or three days a week to alleviate long commuting times.”

The Year of the Monkey promises auspicious investment opportunities closer to home, though. Scarborough, in particular, is a market in flux: it’s undergoing an aesthetic transformation, as refurbishment of decades-old plazas take hold and dated houses are torn down and built back up with alluring, modern designs.

Your Home Developments is building SweetLife Condos on Kingston Rd., a 170-unit boutique starting in the high $100,000s; and at $400 per square-foot, well below the Toronto average, it could double as adequate student housing.

“That’s an area you want to invest in because the market has room to appreciate, and you can invest and watch your investment grow,” advised Cosic. “It’s also five minutes from University of Toronto at Scarborough campus.”

China’s economy has begun sprouting inertia and is expected to lag in 2016, however, such a prognosis may prove fruitful for Canada’s—and Toronto’s, specifically—searing real estate market, as a growing number of investors will undoubtedly look for proven capital proliferation methods.

“The Chinese have consistently been our strongest investment group over the years and that has not really ever waned for us,” said Cosic. “The mix of Chinese has changed, going from Hong Kong to the mainland. There are investors that buy for their children, too, because they come to school here and often stay.”

“With a lot of builders, we try to use up every square-inch we have,” she said. “They build bigger walk-in closets and incorporate more contemporary design. Asian buyers very much follow fashion and understand design. They know how to maximize square-footage. They like to cook in functional kitchens.”

The federal government is in the process of enacting an affordable housing platform to curtail the ballooning costs of residential real estate in Toronto and Vancouver. Five percent down payments will remain for properties up to $500,000, and will rise to seven percent for residences up to $700,000, and require 10 percent for anything more expensive.

But Cosic suspects the well-intentioned regulations are in vain, and will aversely impact the national market, doing more harm than good.

“The Calgary market already has its own challenges with the issues they’re having with oil,” she said, adding she’s skeptical the proposed intervention will tangibly impact Toronto or Vancouver, where $500,000-plus homes are being purchased with more than 5 percent down.

“Government should be augmenting that market with affordable housing alternatives rather than slowing it down. Applying their strategy for Toronto and Vancouver to Calgary and Montreal is wrong. Those markets need propping up; Toronto and Vancouver don’t need that—they need affordability. These should be provincially run programs because the markets are drastically different. We’re selling in other national markets and we see how diverse they are.”

Entering its 10th year of operations, In2ition Realty is coming off its most lucrative year, and it expects the Year of the Monkey to be its best yet.

“We had a record-breaking year in 2015, the best year in our company’s history,” said Cosic. “We foresee large growth in 2016, which we know is achievable with the projects we have on the drawing board.”