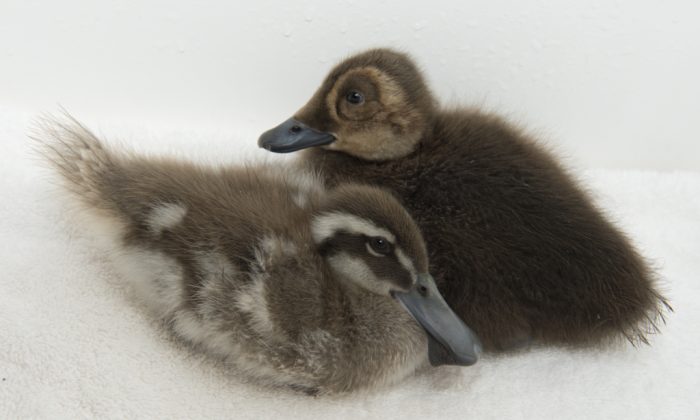 NEW YORK—It might be year of the snake on the Chinese calendar, but the Central Park Zoo is certainly having a year of the duck.

Ducklings from eight rare and endangered duck species hatched at the zoo in 2013. Some ducklings, like the radjah shelduck, native to Australia, are already on exhibit. Others, like the Pacific common eider, the largest duck in the Northern hemisphere, are still too young to display.

Four years ago, Central Park Zoo started a waterfowl breeding program, which has been increasingly successful. This year 40 chicks from rare and endangered species hatched at the zoo, giving the breeding program a unique insight into the duck’s nesting, breeding, and parenting habits.

The nine scaly-sided merganser chicks born this year are the only to have ever been propagated in a zoo. These ducks are native to forested river habitats of Russia, China, and Korea. Scientists estimate that there are only 3,000 of these birds left in the world.

The Baer’s pochard chicks born this year are in even more danger. They are considered critically endangered by the International Union for Conservation of Nature with only 500 birds left in the world.

The Central Park Zoo has 23 different duck species. It is home to the largest collection of sea ducks in the world. Most are a rare sight in zoos or endangered in the wild.

The Wildlife Conservation Society’s Central Park Zoo is open every day of the year. The hours in October are 10 a.m. to 5:30 p.m.