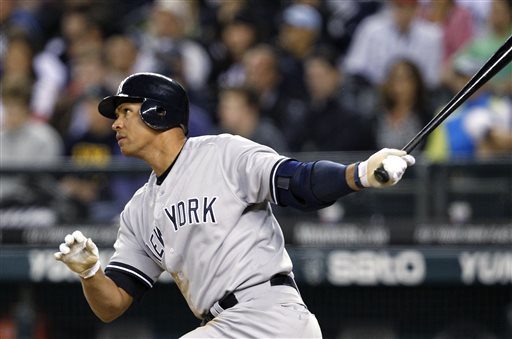 The Yankees called A-Rod “bizarre” this week after a series of tweets suggesting he is closer to returning from injury.

Alex Rodriguez posted several updates on Twitter on Tuesday, prompting one Yankees insider to describe the high-paid athlete’s behavior as “bizarre,” according to NorthJersey.com.

“Visit from Dr. Kelly over the weekend, who gave me the best news — the green light to play games again!” he originally tweeted, according to Sports Illustrated.

But Rodriguez later said that the news wasn’t the case.

“I don’t know when I’m coming back. It could be in July, it could be in August. It might not be this year,” Rodriguez later said, according to a source.

Citing sources, The New York Daily News reported that Rodriguez is trying to return to play and then retire to collect the full amount of his salary, which amounts to $114 million for the next five years.

“It’s all about him getting his money and not losing it to suspension,” a source close to the matter told the Daily News. “He knows he’s never going to the Hall of Fame. All that’s left for him is to make sure he gets his money — all of it.”

A source told the paper that they believe MLB will try to suspend him amid an investigation over whether he was allegedly involved in the Anthony Bosch and Biogenesis scandal.