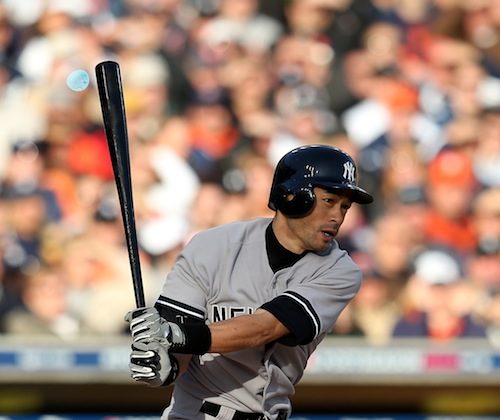 Spring training is finally underway, which means the start of the baseball season is just around the corner. Normally, for Yankee fans, this means getting ready to watch their team march towards another postseason. This year though has more questions than any other season for the men in pinstripes since the early 90’s. Here are some of the most common questions regarding them heading into 2013.

1. You call that an offseason??

Yes, that was pretty disappointing. No Josh Hamilton, no Zack Greinke, and no Michael Bourn. The normally spend-happy Yankees exercised fiscal restraint for once and made few splashes in free agency.

Third baseman Kevin Youkilis was brought in for one season to replace the injured A-rod, Ichiro was re-signed for two years, and Travis Hafner was brought in for a season. Five years ago, all of these signings would have been considered significant but all three players are past their prime—save for a possible Ichiro revival who flourished in his partial 2012 season in pinstripes.

Bad press aside, the Yankees third baseman is probably scheduled for a July/August return. Return to what or which team is a whole other story.

Was his bad hip the reason he managed just three hits in 25 postseason at-bats and this surgery will fix that? Yes, and not totally. A-Rod will turn 38 in July and his last two seasons have been derailed by injuries. He hit .272 in his 122 games last season, not horrible for a third baseman, but not what the Yankees had in mind while paying him nearly $30 million for his services. A return to his old MVP form for a player his age, after such a surgery, is completely out of the question.

With five years and roughly $114 million left on his ridiculous contract the Yankees are undoubtedly looking for a way out—good luck with that. No suitor would pay much of any of the remaining salary for someone who, at this stage of his career, carries more baggage than talent.

3. What about the Yankees “other” old players?

A-Rod isn’t the only aging player on the Yankees roster; in fact New York has several guys who’ve been around longer. Mariano Rivera (43) and Andy Pettitte (will turn 41 in June) are back and looking to keep the clock turned back. All reports suggest that Rivera is healthy and should be fine. Pettitte’s 2.87 ERA last season was his best since 2005. How long those two can be dominant in their 40’s though, when most players are washed-up, remains to be seen.

Derek Jeter, who turns 39 in June, is on borrowed time as well. The 13-time All-Star who led the league in hits last season but broke his ankle in the playoffs will “soon” resume running at full speed, according to a report on the team’s website. How healthy his return is will be anyone’s guess.

The aforementioned Ichiro is an interesting question. After being revived in last season’s pennant race, following his trade from Seattle, the speedy outfielder hit .322 in pinstripes in 67 games while stealing 14 bases. All the while he looked nothing like a guy about to turn 39, which he did in October. Heading into the season, he actually looks the best of the Yankees’ aging players.

4. Who will be the catcher?

All signs point towards Francisco Cervelli being in the lead but he’ll have to beat out Austin Romine and Chris Stewart for the job in spring training. None of the options seems to be very appealing, at least on offense. At this point, the Yankees will just be hoping to find someone who calls a good game and plays decent defense until they can find a permanent replacement. When they get a replacement though is anyone’s guess; it’s doubtful they have the spendable money or trade-able assets to acquire a good catcher.

5. Can Sabathia still be the dominant starter?

Yes, but there are certainly questions about how long he will be.

C.C. had surgery just after the playoffs last season to clean up a bone spur in his left elbow. During the season he was limited to 28 starts due to injuries and though he posted a respectable 3.38 ERA, it was his highest since 2005 with Cleveland. A deeper look at his stats though, shows he had his highest strikeouts (8.9) and lowest walks (2.0) per nine innings as a Yankee. Should he fully recover, he still has it.

6. Will the Yankees repeat as division champions?

No. Toronto just got really good, Tampa Bay is still threatening and the already-old Yankees have stood still and aged a bit more.

Significant injuries to Jeter, Rivera, and A-Rod are no laughing matters, especially given their advanced ages, meaning they’ll need help from the “younger” players.

While Cano is in his absolute prime at second, Teixeira’s hitting has steadily gone down since they signed him four years ago and Granderson’s power (43 home runs) is outweighed by his strikeouts (195) and .232 batting average.

Simply put, if the Yankees are going to make the playoffs it will be via the wild card.