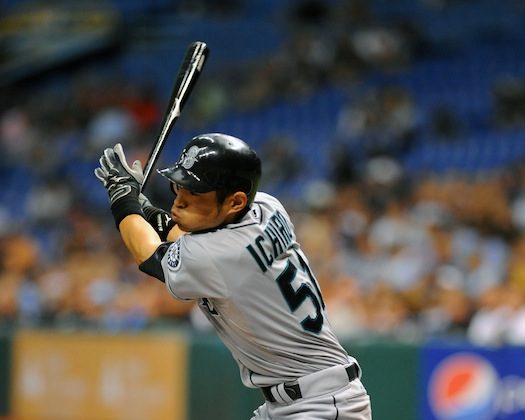 The 38-year old Ichiro Suzuki has 2,533 career hits in 11-plus seasons in the majors. (Al Messerschmidt/Getty Images)
Baseball

The New York Yankees announced today the acquisition of 10-time All-Star outfielder and two-time batting champion Ichiro Suzuki from the Mariners for a pair of minor-league pitchers.

The former MVP, now 38 years old, has led the league in hits seven times while winning 10 Gold Gloves in 11 season in the majors after coming over from Japan at age 27.

The incredibly consistent Suzuki hit better than .300 with 200 or more hits for 10 straight seasons (2001-10) until falling to .272 with 184 hits last year. This season Suzuki is hitting .261 with 15 stolen bases and a league-best 5 triples in 95 games with Seattle, where he had played his entire major-league career.

The Yankees gave up 25-year-old D.J. Mitchell and 24-year-old Danny Farquhar for Suzuki, who is only signed through the end of the season.