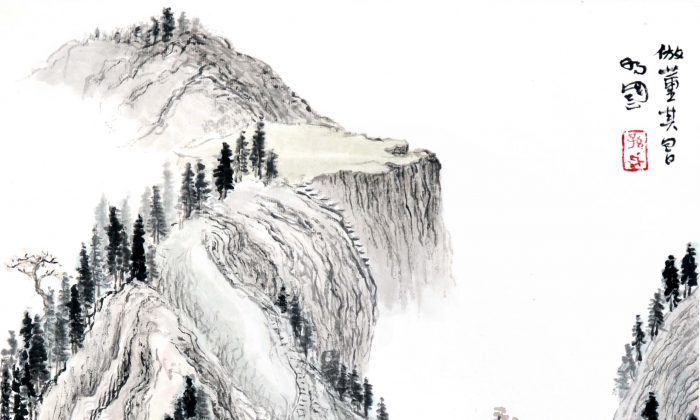 Yang Zhen was from Huayin County (now in Shanxi Province) in the Eastern Han Dynasty (25-220 AD). He was well-known for his knowledge and wisdom, but what made him stand out as a respectable figure in history was his honesty and uprightness.

Yang’s quote “Heaven knows, earth knows, you know, and I know” has become a famous saying among Chinese people to denote the confidential nature of a matter. However, it serves more as a reminder that nothing passes unknown: there are no real secrets. This is a deterrence to people’s tendency to do wrong when things are conducted in dark chambers, unknown to others and the public.

Before he held official jobs, Yang devoted his efforts to the cause of education, insisting on equal chances for all in education, disregarding background. He became famous for nurturing talents for the nation. He was nicknamed the Confucius of his region.

When he was the governor of Jingzhou Prefecture, he spotted the talent of scholar Wang Mi and promoted him to the post of governor of Changyi County (now Jinxiang County in Shandong Province).

Later, when Yang passed by Changyi County, Wang went to meet Yang and offered him ten catties (roughly 2500 grams) of silver to express his gratitude for Yang’s help in promoting him to the position.

Yang declined the gift. Wang said, “It is very late in the evening, and no one will know about this matter. Please accept it.”

Yang responded, “Heaven knows, earth knows, you know, and I know. How can you say no one will know?” Wang left in shame.

Yang’s family lived as average people, on simple diets and with humble lifestyles. When friends and seniors wanted to bestow his family with property, Yang refused, saying, “Let people recognise that they are descendants of a clean officer. I leave this legacy to them; isn’t it rich enough?”

Four subsequent generations of Yang’s descendants held important posts in the government and were proud to uphold their ancestor’s morality.