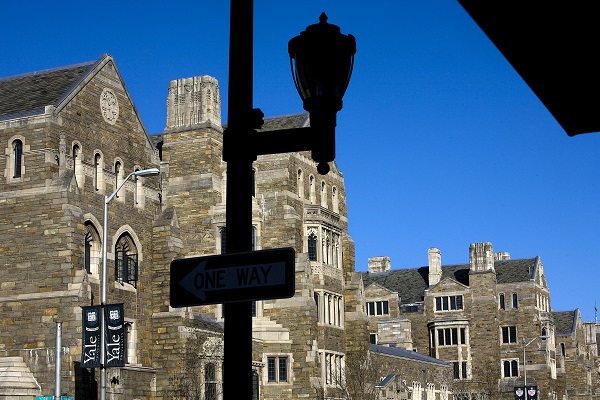 A pediatric program at Yale University has sparked outrage after its director said it helps children as young as 3 years old with their “gender journeys” through “medical intervention.”

Christy Olezeski, a clinical psychologist who cofounded and directs the Yale Pediatric Gender Program, was filmed describing the program as one that works with “gender expansive individuals, 3 to 25, and their families.”

“We help individuals who are questioning their gender identity or who identify as transgender or nonbinary, and we help them with their gender journey,” Olezeski says in a video posted on the Yale School of Medicine’s official YouTube channel. The video has been set to private.

“I love what I do,” she said. “It’s really, really wonderful to be working in this field and to be working with individuals who are gender diverse and gaining their support and helping them on their gender journeys.”

Yale Medicine launched the Gender Program in October 2015. According to its website, a family that brings their child to the clinic will first meet with a consultation team, including a pediatric endocrinologist and a mental health specialist, who are “experienced in dealing with gender variance” and will learn more about the family’s needs.

“We will discuss the risks and side effects of any proposed care options, and work together to learn what support systems are already in place and determine what else our patients may need,” the website reads.

Following that, the child will be given a “readiness assessment,” which includes “obtaining information from patients and their families.” After the evaluation, the program will offer a variety of “care options related to gender affirmation,” such as puberty-blocking treatments, cross-hormone therapies, and “gender-affirming” surgeries.

The website specifies that the surgery options are only available to patients aged 18 and older, but it doesn’t state how old a patient must be to get cross-sex hormones or puberty blockers.

A clip of the video featuring Olezeski became widely circulated on Twitter last week, triggering a backlash against the program.

“Society has lost its marbles,” said Kelli Ward, chair of the Republican Party of Arizona.

Stand-up comedians the HodgeTwins wrote, “Kid’s memories are just starting to work at 3. Kids think they’re dinosaurs or a dog. There is no ‘gender journey’ at 3, this is child abuse.”

The American Academy of Pediatrics, the national organization of pediatric health professionals, in its latest guidelines encourages pediatric providers to adopt a “gender-affirmative care model” and offer services that are “oriented toward understanding and appreciating the youth’s gender experience.”

In such a model, transgender identities and “diverse gender expressions” aren’t considered to be mental disorders but “normal aspects of human diversity.” The model also recognizes gender identity as something that “evolves as an interplay of biology, development, socialization, and culture.”

Yale Medicine didn’t respond to a request for comment. Olezeski couldn’t be reached for comment by press time.