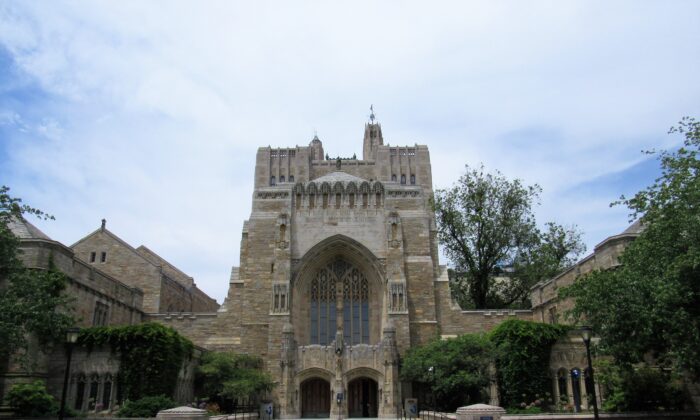 In a victory for the forces of political correctness, Yale University’s undergraduate school will stop teaching a widely acclaimed introductory survey course in art history because the artists studied are “overwhelmingly white, straight, European and male.”

The move goes against the longstanding advice of the National Association of Scholars, a group that challenges political correctness in the academy.

“All who care about the life of the mind should study the history of Western civilization, its achievements and failures, and its artistic and cultural legacy. State and federal policy should encourage K-12 and college students to study the West, including how its ideals of liberty underpin the structure of our republic.”

Under pressure from activists in 2017, Yale dropped its requirement that English majors study the works of William Shakespeare and Geoffrey Chaucer, two longtime staples of English literature, The College Fix reported at the time. The move came after a petition circulated calling on Yale to “decolonize the English department” by moving away from the study of white male writers.

The course now headed to the chopping block, “Introduction to Art History: Renaissance to the Present,” which at one time was taught by the legendary American art historian Vincent Scully, was regarded as “one of Yale College’s quintessential classes,” The Yale Daily News reports.

But student unease “over an idealized Western ‘canon’ — a product of an overwhelmingly white, straight, European and male cadre of artists,” forced the cancellation of the course. Maria Bass, the director of undergraduate studies at Yale University, said introductory survey courses should be “designed in recognition of an essential truth: that there has never been just one story of the history of art,” according to The Daily Wire.

Similarly, Art History department chairman and the course’s instructor, Tim Barringer, said there is more to the history of art than Western art. When there are so many other regions, traditions, and genres to look at, all of which are “equally deserving of study,” placing European art on a pedestal is “problematic,” he said.

“I believe that every object I discuss in [the course] … is of profound cultural value,” Barringer told the student newspaper. “I want all Yale students … to have access to and to feel confident analyzing and enjoying the core works of the Western tradition. But I don’t mistake a history of European painting for the history of all art in all places.”

In the future, emphasis will be placed on “questions of gender, class and ‘race’” and art’s connection to Western capitalism and climate change, Barringer wrote in a syllabus online.

Barringer’s department plans to replace the course with a multitude of other course offerings that de-emphasize the contributions of Western civilization, including “Art and Politics,” “Global Craft,” “The Silk Road,” and “Sacred Places.”

In two or three years, he told the student newspaper, the department will offer a new “Introduction to Art History” course, but it “will be a course equal in status to the other 100-level courses, not the introduction to our discipline claiming to be the mainstream with everything else pushed to the margins.”

Not all Yale students are keen on the change.

“My biggest critique of the decision is that it’s a disservice to undergrads,” the school newspaper quoted undergraduate student Mahlon Sorensen as saying.

“If you get rid of that one, all-encompassing course, then to understand the Western canon of art, students are going to have to take multiple art history courses. Which is all well and good for the art history major, but it sucks for the rest of us, which, I would say, make up the vast majority of the people who are taking [the course].”