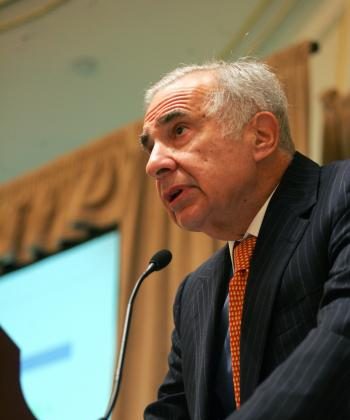 Yahoo overreported the percentage of shareholders who had voted in favor of the current board, brokerage processing services firm Broadridge Financial Solutions said on Tuesday.

Broadridge, which provides voting services to Yahoo shareholders, acknowledged that there had been a transmission error that caused the mistake. It said that the actual percentage of shareholders who had voted in favor of Yahoo’s current board and directors was actually much smaller than the previously announced number because of the technical error.

Broadridge said that the error had occurred when a printout it sent to Yahoo’s voting tabulator mistakenly truncated crucial numbers related to the votes. Broadridge blamed the problem on a complex variety of reasons, particularly the fact that close to 100 million shares were being withheld.

The new vote tally showed much weaker backing for Yahoo’s current CEO Jerry Yang. Yang was reported to have won 85% of the votes in the first round of results, but the new results show that he had only 66% favorable votes.

Yahoo Chairman Roy Bostock and director Ron Burkle fates were similar. Bostock and Burkle saw their count of favorable votes drop from 80% to 60%, and 81% to 62% respectively.

The recount was triggered by a request from Capital Research Global Investors, which has a 6% investment in Yahoo stock and has been critical of Yahoo CEO Yang’s rejection of a Microsoft offer earlier this year. Several investors had expressed surprise that Yang and his group had received such favorable vote counts amidst investor discontent in the company.

The new tally does not change the eventual results, but is a blow to Yahoo’s current board and indicates that shareholder support for the current board is not too favorable.

Yahoo had said in a statement released Monday that the company “did not participate in the execution of the votes and was not a party to any errors which may have been made either by a voting institution or a proxy processing intermediary acting on behalf of banks, brokers and institutions.”

On Tuesday, the company reversed its count, admitting the truncating mistake and the new results.

The voting follows a pitched fight between corporate raider Carl Icahn and Yahoo’s CEO Jerry Yang and a few current directors for control over the board. The two sides seemed to come to a tense agreement in late July when three directors of Icahn’s choice were appointed to the board.