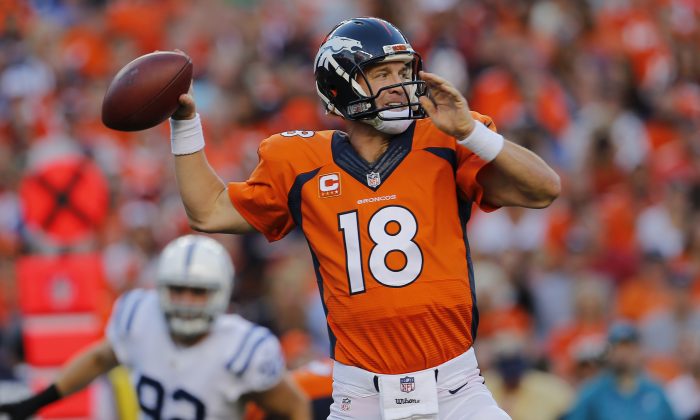 Yahoo and ESPN’s fantasy football websites both went down on Week 1.

The two sites apologized for the inconvenience.

Both the app and the site went down for each service.

It’s unlikely the websites will go down again as there probably won’t be as much traffic as there will be with Week 1’s results.

AP: Goodell does not rule out Rice’s returning to NFL

NEW YORK (AP) — NFL Commissioner Roger Goodell did not rule out the possibility of former Ravens running back Ray Rice returning to play in the league after serving a suspension for domestic violence.

“But he would have to make sure that we are fully confident that he is addressing this issue clearly, he has paid a price for the actions that he’s already taken,” Goodell said in an interview with CBS that aired Tuesday.

Two videos, one released Monday by TMZ Sports and another shown later to The Associated Press by a law enforcement official, show Rice punching Janay Palmer — who is now his wife — in an elevator at an Atlantic City casino in February.

Goodell said the league asked for, but was not given, that video — and that “no one in the NFL, to my knowledge” had seen it — before it was posted online.

“We had not seen any videotape of what occurred in the elevator. We assumed that there was a video. We asked for video. But we were never granted that opportunity,” he said.

After it was posted Monday, the Ravens cut Rice, and the league barred him indefinitely.

In July, after TMZ released a video showing what happened outside the elevator, but not inside it, Goodell suspended Rice for two games.

“We certainly didn’t know what was on the tape,” Goodell said.

“What we saw in the first videotape was troubling to us, in and of itself. But what we saw yesterday was extremely clear, is extremely graphic, and it was sickening,” he told CBS. “And that’s why we took the action we took yesterday.”