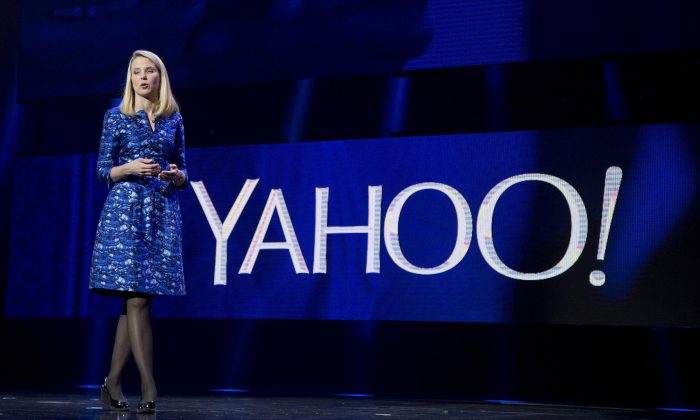 Yahoo CEO Marissa Mayer to Get Almost $55M If Fired

If Yahoo’s CEO Marissa Mayer ever gets fired, there’s a fluffy cushion of almost $55 million waiting for her.

If someone buys the troubled web company and fires its CEO Marissa Mayer within a year (and without cause) she’s up for a severance payment of $3 million in cash and almost $52 million in stock-based compensation and other benefits, according to the company’s April 29 filing with the Securities and Exchange Commission.

To be sure, Yahoo is currently expected to only sell its core Internet business, not the whole company. If Mayer gets fired without the company changing hands, she’d get a total of $9 million.

Mayer’s annual compensation was valued at almost $36 million last year, although the company says it was worth less than $14 million as of April 1. Most of the compensation is stock-based, with $1 million base salary.

The maximum payout may irk investors who don’t view Mayer’s performance favorably. Yahoo stocks fell 34 percent in 2015, but have since risen by 17 percent.

The company recorded a revenue of close to $5 billion last year, a slight increase from the year before, but still less than in 2012 or in many years before that. The company expects the revenue to fall another 15 percent this year.

“I don’t think this management team has done anything to merit a huge payout,” said Eric Jackson, managing director of SpringOwl Asset Management, a Yahoo shareholder critical of Mayer’s leadership.

In comparison, AOL CEO Tim Armstrong saw the company’s stock price double since taking over in 2009. When Verizon Communications bought AOL last year for $4.4 billion, Armstrong was up for a severance of less than $13 million, if he was fired after the new owner took control. Verizon kept him.

Yahoo to Cut 1,700 Workers as CEO Tries to Save Her Own Job

Yahoo’s stock also more than doubled its value since Mayer was hired in 2012. But that has been attributed to the rising value of Yahoo’s 15 percent stake in China’s e-commerce giant Alibaba Group, an investment made in 2005, long before Mayer’s hiring.

Armstrong, on the other hand, may be the one taking over Yahoo’s Internet business, as Verizon is the most likely buyer, according to RBC Capital Markets analyst Mark Mahaney. Verizon has publicly expressed interest in taking over Yahoo.

Yahoo hasn’t said when it plans to sell, though most analysts expect a deal within the next 2 months at a price of $4 billion to $10 billion.