EU Calls for Establishing Jerusalem as Capital of Two States
0 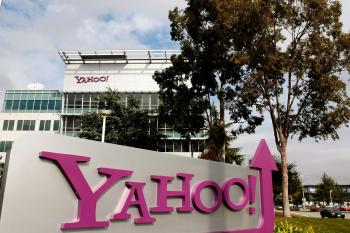 The Yahoo logo is seen on a sign outside of the Yahoo Sunnyvale campus in Sunnyvale, California. Yahoo Inc. said that it had agreed to buy web content publisher Associated Content on Tuesday. (Justin Sullivan/Getty Images)
Business

By Ram Srinivasan
Print
NEW YORK – Yahoo Inc. said that it had agreed to buy web content publisher Associated Content on Tuesday. With Associated Content's reported 380,000 contributors, the acquisition will allow Yahoo to add original content to the offerings on its portal and websites.

While the financial terms of the deal were not disclosed, various media such as Advertising Age reported that the deal cost Yahoo $100 million.

Associated Content is a website that produces content on a variety of topics, particularly up-to-date news and web content. The publishing company is reported to have approximately 380,000 contributors who are paid based on how much traffic their contributions bring to the site.

Yahoo CEO Carol Bartz called the acquisition a "game-changer," saying in a press release that "we'll create more content around what we know our users care about, and open up new and creative avenues for advertisers to engage with consumers."

Associated Content has had backing and investment from the likes of SoftBank Capital and Tim Armstrong, who is CEO of AOL, one of Yahoo's competitors.

Yahoo has lost a huge amount of web traffic in recent years as users have migrated to Google and Facebook. Under current CEO Bartz's roadmap, the company is relying on acquisitions to increase its content as well as advertising revenue.

Associated Content, meanwhile, has shown a growth in readers. Web tracking company Alexa shows its readership as having doubled over the last year.