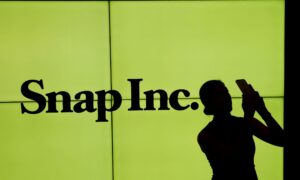 D’Aloisio taught himself code when he was 12. By the time he was 15 he created the Summly app at his home in London. The app aims at “transforming how we consume news on mobile devices by using natural language processing and machine learning to generate informative, bite-sized summaries,” according to Summly.com.

During the same year he created Summly, he also received his first investment from Hong Kong billionaire Li Ka Shing, who has also invested in Horizons Ventures, Siri, Spotify and Facebook.

“That investment helped fund the creation of an early Summly prototype, which received over 200,000 downloads and was chosen by Apple as its App of the Week in the UK and other countries,” reports D’Aloisio bio on Summly’s webpage.

According to Adam Cahan, senior vice president of mobile and emerging products for Yahoo!, Summly  delivers “snapshots of stories, giving you a simple and elegant way to find the news you want, faster than ever before,” he stated in a press release.

“For publishers, the Summly technology provides a new approach to drive interest in stories and reach a generation of mobile users that want information on the go,” Cahan stated.

D’Aloisio has been listed in Forbes 30 under 30 and, among other recognitions, he received an Evening Standard Top 1000 Londoners in 2012 for Entrepreneur or the Year.

Besides “building a world-class team of investors, advisors, technologists, and backers to help build a full-fledged mobile news app,” D’Aloisio also loves art and design, and has worked with Yoko Ono on a project for the Serpentine Gallery in London. He attended King’s College School.

Other apps the 17-year-old created are Facemood, “a service which used sentiment analysis to determine the mood of Facebook users,” and SongStumblr, “a geosocial music discovery service,” according to his bio.

The Summly app will be shut down as Yahoo! acquires the app. “Nick and the Summly team are joining Yahoo! in the coming weeks. While the Summly app will close, you will see the technology come to life throughout Yahoo!’s mobile experiences soon,” Cahan stated.