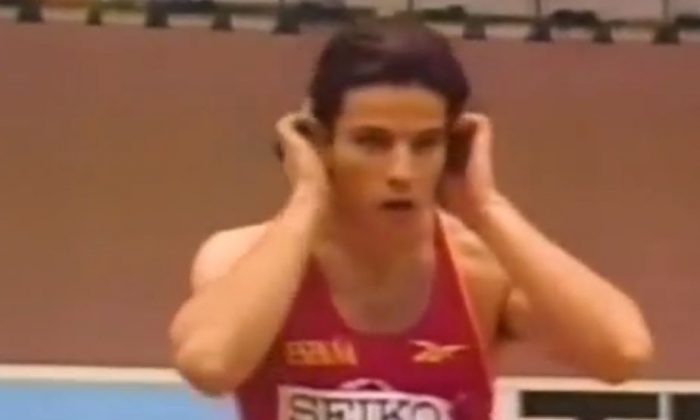 Lamela was 36, and he was found dead in his home in Aviles.

According to Spanish news website RTVE.es, he had suffered from depression in the past. He was admitted to a psychiatric clinic in 2011.

He retired in 2006 due to injuries, but he was a European world-record holder for 10 years.

Lamela was considered the best Spanish long jumper in the country’s history.

Authorities have not disclosed the cause of his death, according to ABC.es. There were no apparent signs of violence.