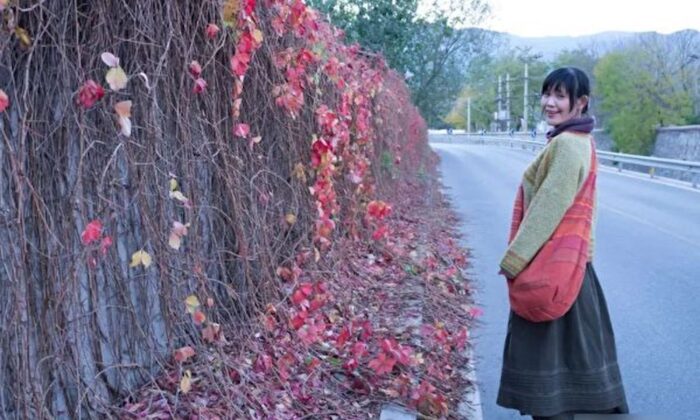 Xu Na and the Million Souls

A poet, imprisoned in China, speaks of genocide

A woman, nameless and faceless to most, has been swallowed by the Chinese Communist Party’s (CCP) prisons. This woman is a poet and a painter. She has a name.

But the world is largely silent about her suffering. The same prisons in China that opened their doors to her include the concrete cells in which over 100 prisoners of conscience were tortured and killed last year, and over 5,000 arrested.

These prisons hold millions of Uyghurs, Falun Gong adherents, Tibetans, and Chinese human rights advocates. They might soon hold millions of Christian prisoners of conscience. There are 44 million Christians at risk today in China.

Like all prisoners of conscience, Xu Na has principles. She believes in truthfulness, compassion, and forbearance.

These values are universal to most religions.

But they are illegal in China. They are the main tenets of Xu Na’s Falun Gong spiritual practice that, like Islam and Tibetan Buddhism, is being outlawed and wrongly maligned to the point of what officials and scholars are only slowly acknowledging is a form of genocide.

Xu Na describes her persecution from her own lived experience. She compares her personal experience to genocide.

After being sentenced to five years in prison in 2001, Xu Na was tortured and subjected to forced labor.

“How I wish I had been imprisoned in Auschwitz instead of a Chinese prison,” she wrote. “Because in the Nazi gas chambers, one could die quickly, while in the Beijing women’s prison, it made living worse than dying.”

Xu Na described a torture called “the splits,” in which “the legs were pulled apart at 180 degrees and three prisoners were ordered to sit on the legs and back of the tortured person and pressed repeatedly. The police were proud of this invention: ‘This is good, because the pain is unbearable, but it does not hurt the bones.'”

An unspeakable atrocity against a woman, which splits the body but also the morality and ethics of the prisoners forced to execute it, is the kind of torture that Xu Na could now be experiencing in prison, again.

Yet Xu Na experienced her persecution with the clarity that many in the “free world” do not have.

“My homeland represents the mountains and rivers of the land and the thousands of years of traditional Confucianism, Buddhism, and Taoism,” she wrote after her last imprisonment.

“But a hundred years ago a ‘ghost’ floating over Europe came to scourge the land of China, making the people profit-oriented, speaking of national profit, family profit and personal profit.”

Xu Na’s “ghost” sounds like the state capitalism that the Chinese Communist Party forces upon the citizens of China, and which is expanding from Tibet and Xinjiang to Hong Kong, and is now a direct and imminent threat to Taiwan as well.

This ghost is not accepted willingly, but forced upon entire nations at the point of Mao Zedong’s gun and Xi Jinping’s nuclear weapons.

“The whole country ‘crossed up and down to conquer profits’ and abandoned the five virtues of ‘benevolence, righteousness, propriety, wisdom, and faith,’” wrote Xu Na.

“It battles the heavens and the earth, so that mountains and rivers are no longer. Now even the green water and green mountains are to be squeezed out of the golden and silver mountains.”

Xu Na is a poet who can eloquently describe her experience. Millions of others who have undergone similar kinds of persecution in China after 1949 remain entirely voiceless.

They suffer in unknown silence.

The world ignores their plight.

Instead, we plan to play Olympic “games” in Beijing, where the tortures of Xu Na could be taking place just across the street. Perhaps her screams will join the screams of cheering fans—oblivious to the blood and death upon which their games depend.

The screams could become louder, the torture of the splits much worse for Xu Na. We could never see her again, free to ponder the mountains and rivers of the land of China.

The torture is perhaps even worse for other prisoners, including guards and regular citizens who are in truth prisoners of the system, and forced by that system, or their own corrupted minds, to impose the torture upon her.

The world, by ignoring Xu Na’s screams, is complicit. We who are silent are all those prisoners and guards, simultaneously forcing an injustice on Xu Na, ourselves, and the future.