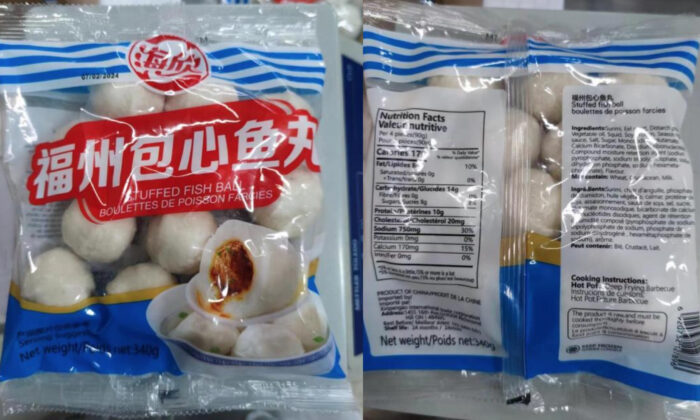 The Canadian Food Inspection Agency has issued a recall for stuffed fish balls because they may contain egg which is not declared on the label.

The fish balls were distributed by Xinpangao International Trade Corporation were sold in 340 gram packages, with a best before date of Feb. 7, 2024.

The affected products were sold in Ontario and Quebec and may have been distributed in other provinces or territories.

There have been no reported reactions linked to the product.

Customers are being told to either throw the fish balls out, or return them to where they were purchased.

The CFIA says it is conducting a food safety investigation, which may lead to the recall of other products.