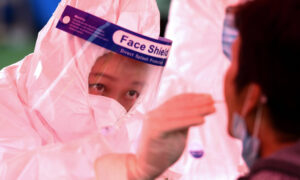 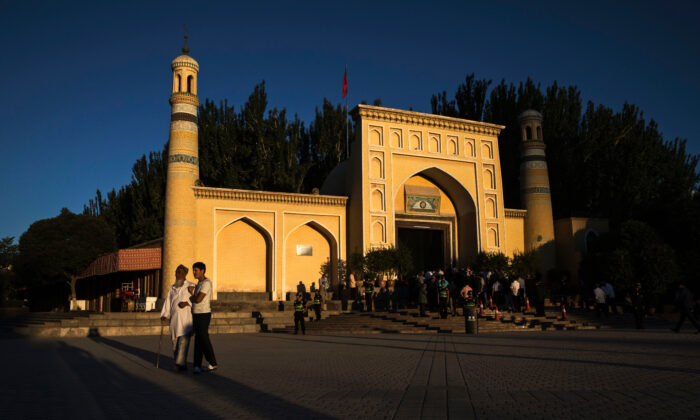 After a single COVID-19 case was discovered in China’s far-western Xinjiang region, authorities took the extreme measure of testing all 4.75 million residents of the city of Kashgar within two days.

The speedy testing regimen has left some critics wondering if officials are telling the full story about the latest outbreak.

On Oct. 27, Kashgar authorities claimed that a total of 183 cases were detected in the testing drive. All of them were traced to Shufu county, where the first infection, a 17-year-old, was identified during routine testing, authorities said. Officials have linked the recent cases to a garment factory on the city’s outskirts, where the teen’s parents work.

According to authorities, the teen patient didn’t have contact with any confirmed or suspected virus patients or those with signs of fever.

“The government owes a proper explanation to the public: how did this 17-year-old female acquire the virus?” said Sean Lin, former lab director of the viral disease branch at Walter Reed Army Institute of Research.

Li Linyu, the Chinese Communist Party committee secretary of Kashgar’s health commission, asserted that all except for five were asymptomatic patients and that the latest cluster was unrelated to the July outbreak in Xinjiang’s capital Urumqi, which prompted a weekslong lockdown in the region.

Local residents told The Epoch Times that they were forced to take drugs that officials claimed could prevent them from catching the virus.

The official data has failed to convince Dilshat Rishit, spokesperson for the Munich-based World Uyghur Congress, that the cluster isn’t larger than officials announced. The group advocates for the rights of the Muslim minority that has been severely persecuted by the Chinese regime.

The same day, local police put out a post asking the public to “not believe nor spread rumors,” Rishit noted. The police quickly deleted the post within hours without explanation, baffling netizens.

“The CCP had taken to covering things up from the beginning, and they only reveal the data when it’s impossible to hide, like squeezing toothpaste out of a tube,” he said in a recent interview. “No one trusts the official announcements,” he added.

Chinese affairs commentator Wu Te used the analogy of “opening the lid of a high pressure cooker.” Authorities released the virus data only after the public grew anxious and asked questions about the latest outbreak, he said.

“The true situation is definitely worse than what the local authorities have said. They could no longer keep it under the lid,” he said.

Kashgar is among several cities in Xinjiang where prison-like detention camps have been built to incarcerate Uyghurs and other Muslim minorities. Rishit expressed concern for detainees who would be vulnerable if the virus was to break out inside such facilities.

Kashgar has suspended classes from kindergarten up to middle school until Oct. 30.

“You need to call the hospital director to inquire about this matter [the outbreak],” a staff member said over the phone.

While the People’s Hospital, also in Shufu county, is still taking patients, a hotel near the site said local residents have been confined to their living quarters.

Multiple Chinese cities and regions have imposed a two-week quarantine rule for travelers coming from Kashgar.

Luo Ya and Xiao Lüsheng contributed to this report.