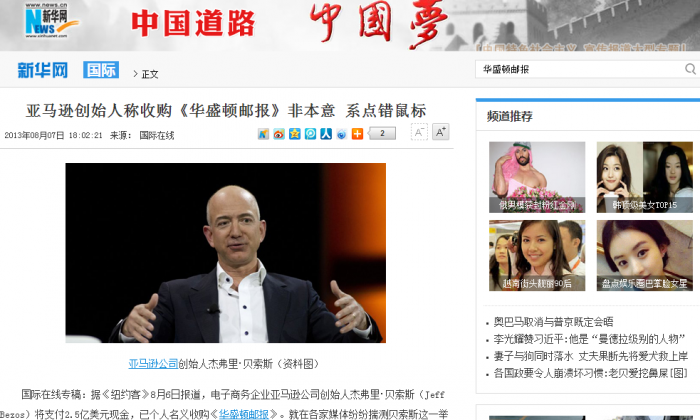 The original article was part of Andy Borowitz’s humor column and quoted Bezos saying, “I guess I was just kind of browsing through their website and not paying close attention to what I was doing. No way did I intend to buy anything.”

“I keep telling them, I don’t know how it got in my cart. I don’t want it. It’s like they’re making it impossible to return it.”

This isn’t the first time regime media has displayed a misunderstanding of Western media. On August 7, Xinhua released what it said were scenes from an execution—but which were actually from a film of fetish pornography.

The Onion later amended its report by stating, for more coverage “please visit our friends at the People’s Daily in China, a proud Communist subsidiary of The Onion, Inc. Exemplary reportage, comrades.”