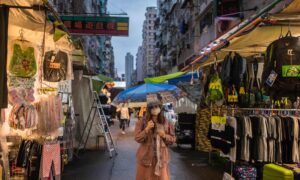 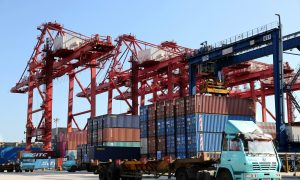 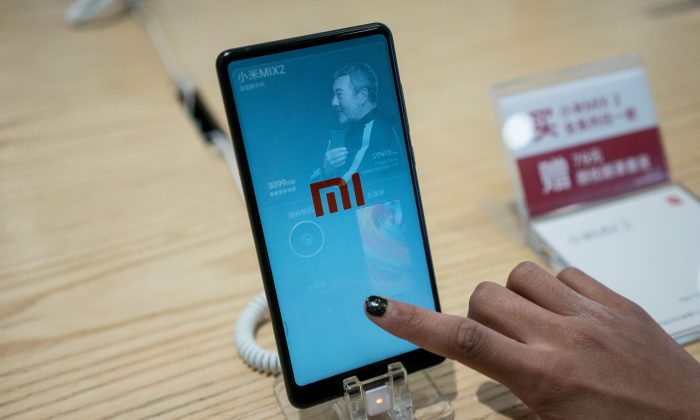 A Xiaomi smartphone is displayed in a shop in Beijing on May 2, 2018. (Fred Dufour/AFP/Getty Images)
China Business & Economy

Chinese smartphone maker Xiaomi’s expected July initial public offering (IPO) is one of the most highly anticipated in years.

Not only is it the biggest IPO since Alibaba’s in 2014, but it will also serve as a major test for a groundbreaking stock-listing mechanism. Additionally, Xiaomi is floating its shares in a new market environment where Beijing looks to curb stock-market excesses. Xiaomi’s IPO performance is sure to be intensely scrutinized.

Xiaomi was Chinese’s fourth-largest smartphone maker by market share in 2017, according to data from Counterpoint Research. The company also has a strong presence in Southeast Asia, especially India. Its IPO, which will list in Hong Kong and aims to raise $10 billion, will allow the public to buy shares in the 8-year-old company for the first time.

The company will be among the first to take advantage of a recent change in Hong Kong Stock Exchange (HKEX) rules that allows dual-class listing. In a dual-class listing, a company can list another class of stocks that hold less voting rights than the stocks retained by founders, allowing founders to keep control of the company. HKEX first announced the change last December.

Until this week, Xiaomi was also slated to be one of the first Chinese tech giants to actually sell shares in the mainland, by issuing so-called Chinese Depository Receipt (CDR) shares in mainland China shortly after its IPO in Hong Kong. The CDR, modelled after ADR (American Depository Receipts) in the United States, is a publicly traded certificate that represents ownership in a foreign-listed company, but is able to be exchanged locally and in the local currency.

But in an abrupt about-face on June 18, Xiaomi delayed the onshore CDR issuance, according to a statement by the China Securities Regulatory Commission (CSRC). The company did not provide a reason for this delay.

China’s State Council first introduced the CDR concept in March, allowing companies already listed on overseas exchanges with a valuation of over 200 billion yuan ($31 billion) to pursue an onshore CDR.

Other Chinese tech giants including Tencent, Alibaba, and JD.com initially chose to list abroad (Hong Kong or New York) as they adopted complex holding structures or demanded dual-class shares, all of which are not allowed by existing Chinese stock exchanges.

CDRs bypass these rules entirely, allowing the issuer to tap its home market and boost its local presence. It is believed that Alibaba and Baidu are planning to issue CDRs in China this summer as well.

A concern for regulators is a sudden rush of demand for CDRs, which could suck up liquidity in the stock markets and create new stock-market bubbles.

Xiaomi’s anticipated valuation—which originally was said to be close to $100 billion—is eye-wateringly high given that it has never made a profit. Given the shelved CDR plans, the company’s valuation will likely decrease.

Xiaomi lost around 7 billion yuan ($1.1 billion) during the first quarter of 2018. The company is known as a lifestyle brand and in recent years has expanded aggressively in household electronics and internet of things (IoT) devices other than smartphones.

An editorial titled “Should Xiaomi Be More Than Twice as Expensive as Apple?” was published in Caixin Magazine, a respected mainland business journal, earlier this month. The report questioned the anticipated valuation of Xiaomi, which is expected to be between 27 to 34 times projected 2019 earnings. That’s around twice the valuation of Apple, which has a multiple of 14.5 using the same metric.

Among the questions is an objection over Xiaomi’s assertion that it is an internet company. The CSRC asked Xiaomi to clarify its position given that less than 10 percent of its operating revenues are derived from its IoT and other internet businesses while a vast majority of its revenues came from smartphone and hardware sales. Internet companies typically enjoy a higher valuation multiple than hardware manufacturers.