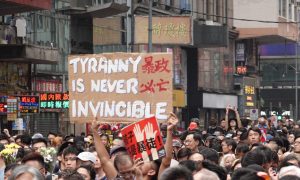 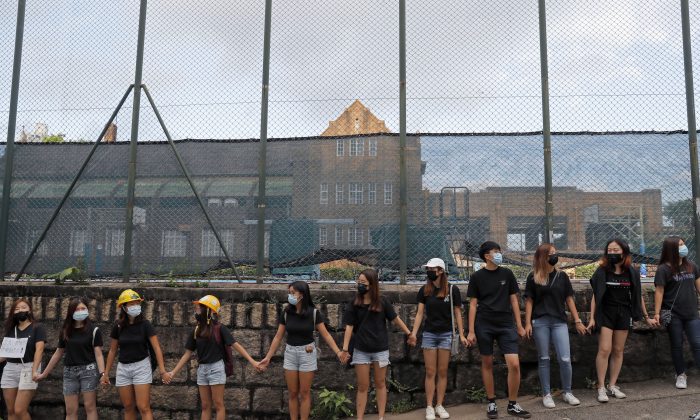 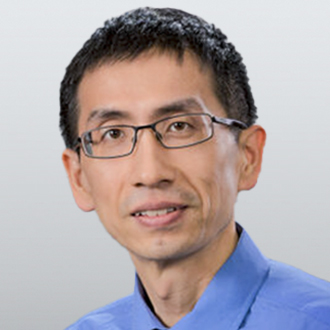 The day before Hong Kong’s chief executive Carrie Lam formally announced the withdrawal of the extradition bill, Chinese leader Xi Jinping gave a speech to the Chinese Communist Party’s (CCP) cadres, in which he referred to the current situation in Hong Kong, Macao and Taiwan as “serious struggles.” His speech may help us understand Beijing’s philosophy in handling the anti-government protests in Hong Kong.

Xi delivered the speech at the CCP’s Central Party School—an academy for training young cadres—in Beijing on Sept. 3. It was the first time Xi mentioned Hong Kong, Macao and Taiwan affairs in a public speech, and it’s extremely rare for a Chinese leader to put a lot of focus on all three.

In the more than 2,000-word report by Xinhua News Agency, Xi mentioned the word “struggle” at least 50 times. In particular, Xi said that at present and in the near future, China is entering a stage of “concentrated risks” in different facets, including the economy, politics, culture, national defense, army building, diplomacy, as well as the handling of Hong Kong, Macao and Taiwan affairs and relationships. All these areas will face “major struggles,” and the risks and challenges are becoming increasingly complicated, Xi said, according to the report.

However, what is generally overlooked is that Xi made an important statement in his speech, namely: “We will make absolutely no concessions on the issue of principles, while being flexible on strategies.”

Then the question is, among the five demands Hong Kong protesters made to the CCP, which of them are issues of principles, and which are issues related to strategies?

The five demands are: the full withdrawal of the extradition bill; an independent inquiry into police brutality; the release of all arrested protesters; a complete retraction of the official classification of the protests as “riots;” and universal suffrage of the Legislative Council and the Chief Executive.

However, the three bottom lines that Chinese state media have repeatedly touted recently are: national sovereignty and security; maintenance of central authorities and the Basic Law of Hong Kong; and any activity that makes use of the Hong Kong protests to “infiltrate and undermine” mainland China will not be tolerated.

Beijing’s Hong Kong and Macau Affairs Office (HKMAO) provided a partial explanation on these points at a press briefing on Sept. 3. That is, enacting true suffrage in Hong Kong is considered an “issue of principles” that Beijing will never grant permission on.

In other words, Beijing will not tolerate the risk of having an anti-communist Hong Kong leader elected through “true universal suffrage,” which would be regarded as being equivalent to an act of “endangering national security.”

Let’s re-examine Carrie Lam’s announcement of the official withdrawal of the extradition bill. The withdrawal was finally implemented because it does not violate any of the CCP’s three bottom lines.

It can also be inferred that, although Lam still refuses to establish an independent commission to investigate the excessive use of police force and refuses to drop the “riot” classification, and as long as Hong Kong protesters continue their peaceful campaign, these two demands may be achieved some time later. After all, they are part of Hong Kong’s internal affairs. In other words, these two demands are classified as “strategic” issues; they are not “issues of principles” Xi referred to in his speech.

Just as Xi said “to be flexible on strategies,” Lam announced the withdrawal of the extradition bill, which she had suspended earlier by saying it was “dead.” This is in fact the first step of Beijing’s insidious strategy: it appears to be a retreat, but in actuality, it’s an aggression. Its purpose is to divide the protesters—hoping that those protesters whose major goal is to have the extradition bill retracted will never show up on the streets again. If the division is achieved, the remaining protesters will then be subjected to even greater endangerment.

At the same time, Chinese authorities have also released a series of soft-toned propaganda, in an attempt to further divide the young protesters.

For instance, Xinhua published an article on the evening of the same day Lam announced the withdrawal of the bill, expressing concern for Hong Kong’s social problems, such as sky-high home prices, middle-class anxiety, and lack of opportunities for young people.

On Sept. 5, Chinese state media once again discussed the ultra-tight living spaces in Hong Kong, and attributed the problem to capitalism. All these are aimed at winning the hearts of Hong Kong’s young people.

The CCP’s next strategic step may well be the establishment of an independent investigation committee into police violence. Based on the CCP’s logic, by then the majority of the protesters will feel satisfied.

After that, if there are still large numbers of protesters, then that would be violating Beijing’s three bottom lines. The CCP would then classify the protests as “color revolution” and “terrorism,” and suppress the protesters with unrestrained violence.

Based on the current situation, with the extradition bill having been withdrawn, Hong Kong protesters still remain firm on having all five demands met.

Civil Human Rights Front of Hong Kong (CHRF), the organizers of the protests during the Umbrella Movement in 2014, has pointed out that the withdrawal of the bill came too late, and was not enough.

“Five demands, not one less,” has become the new slogan of the current protest movement.

Li Linyi is a senior editor and commentator of the Chinese-language edition of The Epoch Times.

Li Linyi
Linyi Li is senior editor and commentator at the Chinese Epoch Times focused on China and international affairs. Prior to this he was a journalist in Ottawa, Canada, focused on Parliament Hill news.
TOP NEWS