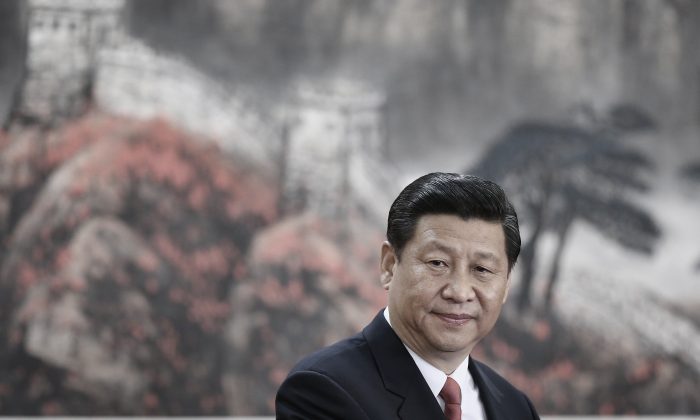 Xi Jinping greet the media at the Great Hall of the People on November 15, 2012 in Beijing, China. (Getty Images)
Business & Economy

Right in time for the first day of his visit to the United States, Xi Jinping primed the Western audience by answering some written questions by the Wall Street Journal.

Let’s see how some of his answers compare to the prevailing narrative (spoiler alert: they don’t).

XI: Intervention in the stock market was necessary to “defuse systemic risks” and is similar to what other governments in “some mature foreign markets” have done.

REALITY: Spending up to $300 billion to stop a 40 percent decline in the stock market might have been successful in the short term, but it still begs the question why China had to inflate the ludicrous stock bubble in the first place, thereby creating the very systemic risk in question. With respect to other governments, they may do these things, but they are seldom caught red-handed. In addition, they don’t arrest people for selling assets or writing about the market.

XI: The current slowdown is just a temporary setback, or in Xi’s own rather poetic words: “Any ship, however large, may occasionally get unstable sailing on the high sea.” He also has a solution to the current problems: “Make good use of both the invisible hand and the visible hand.”

REALITY: China did not have a recession or a slowdown in over 20 years of high-sea travel. If things are working so well, why have one now? The truth is that the wheels are coming off the Chinese economy and it may take decades to work through years of capital misallocation.

The real estate and stock market bubbles have popped, and some researchers think GDP might fall up to 20 percent during the next five years. For now, it seems the invisible hand of the market is stronger than the ever more visible hand of the regime.

China May Have to Sell $1.2 Trillion in Reserves Every Year

XI: A shock devaluation of the currency and 10 percent depletion of foreign currency reserves is not out of the ordinary and “there’s no need to overreact to it.”

REALITY: This is true; surprise devaluations and foreign exchange drain are normal for countries in deep, deep trouble. Like Russia now, for example, or the Asian tigers in the 1990s. There also isn’t any need to overreact. The entirely appropriate reaction is to take your money and run, which is what most international speculators and rich Chinese are doing.

While Xi certainly took a page out of the playbook of Western politicians who also tend to see the world with rose-colored glasses, he may have to practice a bit more to get the fine nuance of massaging facts and framing issues in a certain way and outright delusion.