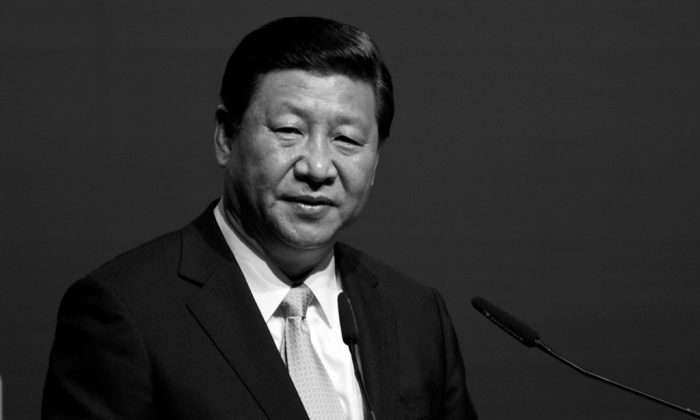 China's President Xi Jinping speaks during the Malaysia-China Economic Summit in Kuala Lumpur on Oct. 4, 2013. Xi said there would be no "iron-cap prince" in the fight against corruption, a remark that was interpreted to be taking a swipe against former political leaders. (Mohd Rasfan/AFP/Getty Images)
Epoch China Blog

There will be no 'iron-cap princes' in China, leader says
By Frank Fang and Matthew Robertson
biggersmaller
Print

Those unfamiliar with practices of hereditary succession among Qing Dynasty nobility may have been puzzled by the demand, made by Chinese leader Xi Jinping recently, that China will permit no “iron-cap princes.”

In Qing tradition, the sons of princes would inherit a title one rank lower than that of their father—but there were 12 so-called “iron-cap princes” who enjoyed the right to inherit their father’s title, with the same rank being bestowed in perpetuity.

This remark was carefully calibrated, according to Chinese economist and political analyst He Qinglian.

But the actual target for the remarks, Ms. He said, is “without a doubt” the families of Jiang Zemin and Zeng Qinghong, since both fit the description of another People’s Daily article published on Jan. 16 and titled “Corruption and Political Issues are Intermingled; Destroying the Unity of the Party and Endangering Party Leadership.”

This piece was interpreted as being a swipe against those former political leaders who formerly wielded so much power, secretly and openly, in the Chinese political process.

“The iron-cap princes comment is targeted at Jiang Zemin, not a regular high-ranking official,” said Zhou Xiaohua, a columnist for the Chinese edition of the Epoch Times. “The signal from Xi Jinping is that, even if you were once the paramount leader of the Chinese Communist Party, it does not mean that your ‘crown’ won’t be stripped, or that you can maintain impunity.”

Other remarks by Xi Jinping seemed also to be addressed at the family of those officials.

“Party officials must watch over their family and co-workers, not allowing them to make any illicit earnings because of their special positions,” Xi said in another recent address.

It’s well known that the sons of both Zeng and Jiang—as well as other officials—have enriched themselves through the official connections offered by such powerful family backgrounds.

One of the state-run companies that have been hardest hit during the anti-corruption sweep in China is China Unicom—with arrests of the general manager of network construction and general manager of the IT and e-commerce units, both in December last year.

China Mobile has also been exposed on state television and accused of robbing its customers.

Jiang Mianheng, the son of Jiang Zemin, has been nicknamed the “Telecommunications King” because of his extensive interests in the industry.

Xia Xiaoqiang, a political columnist with the Chinese edition of the Epoch Times, remarked: “Zhou Yongkang was purged after his close aides and family were first taken down. Xi is likely to follow the same tactics to target Jiang.”