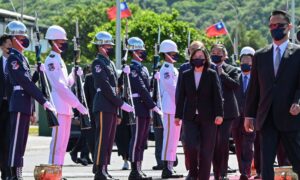 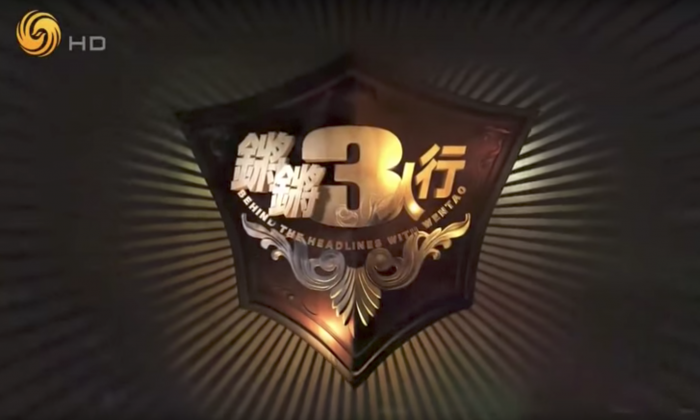 In oppressive regimes, the media is a dangerous weapon that can be used to distort the truth and spread false information, a form of thought control.

In China, propaganda can be spread under the guise of seemingly legitimate media.

Though Phoenix TV is based in Hong Kong, where media have the legal right to operate independently of Chinese censorship, the station has long been known as a de-facto mouthpiece for Beijing—and specifically, a faction within the Chinese Communist Party loyal to former leader Jiang Zemin, who was the party boss from 1989 to 2002.

On September 13, Hong Kong newspaper Apple Daily reported that three of Phoenix TV’s major news commentary programs were canceled. “Due to adjustments in programming, ‘Behind the Headlines’ will temporarily stop broadcasting,” one of the programs publicly announced on its official Weibo account, China’s equivalent to Twitter.

Ahead of the 19th national congress to be held in October, when the Party will convene to usher in the next round of leadership, news analysts told The Epoch Times the changes at the television station represent an effort from current leader Xi Jinping to silence the Jiang faction.

The television station presents itself as an independent voice, concealing its pro-Beijing agenda by occasionally reporting on topics taboo in mainland China, such as food safety scandals. In fact, its founder, Liu Changle, was a former officer in the People’s Liberation Army propaganda department, and later worked at the Communist Party’s official radio station.

Since Liu founded Phoenix TV in 1996, the broadcaster has consistently carried out the agenda of former leader Jiang. In 1999, feeling threatened by the growing popularity of the spiritual meditation practice Falun Gong, Jiang launched a nationwide persecution in 1999 to arrest, imprison, and torture adherents of the practice.

Jiang has ensured that his legacy of persecution has persisted long after he stepped down as head of the Party in 2002. During the administration of the next leader, Hu Jintao (2002-2012), Jiang and his cronies controlled large parts of the regime, and in particular members of his faction held sway over the media.

In 2008, Phoenix TV aired a segment attempting to discredit a report by two Canadian human rights lawyers documenting evidence of widespread organ harvesting from members of Falun Gong and other dissident groups in China. Jiang’s administration was responsible for beginning mass, forced, live organ harvesting from Falun Gong practitioners in 2000, an atrocity that continues to this day.

Liu is also known to be a close friend to Bo Xilai, the former Chongqing party chief and a core member of Jiang’s faction, who dramatically fell from power in 2012. In 2011 Liu brought a team from Phoenix TV to Chongqing to give Bo positive media coverage.

“Without the support of Jiang’s faction, there is no way he [Liu] would have been able to establish an overseas version of CCTV [the state’s official broadcaster],” said New York-based commentator Zhu Ming.

During the 2014 Umbrella Movement, the pro-democracy protests in Hong Kong that dominated headlines around the world, Phoenix TV portrayed the protesters as meddlers who intentionally clashed with police and caused disruption to the city. Political analysts have said that inflaming discord in Hong Kong served the political interests of Jiang’s faction.

Most recently, the television station broadcast interviews with mainland Chinese human rights activists who were detained or kidnapped by authorities, during which they confessed to wrongdoing. The human rights lawyer Zhang Kai later issued a statement via Voice of America, expressing that he was “coerced to say those things out of fear.”

The 19th national congress is a major event for the Communist Party. Every five years, a new leadership is selected. Xi Jinping is expected to continue as general secretary of the Party for a second five-year term.

But Xi continues to consolidate his power by taking down officials loyal to Jiang. Since Xi took power in 2012, he has launched anti-corruption campaigns to round up high-ranking officials in Jiang’s faction, such as Zhou Yongkang, who headed the Chinese regime’s domestic security apparatus. Zhou was convicted of corruption and sentenced to life in prison in 2015.

According to political commentator Tang Jingyuan, the recent program cancellations at Phoenix, all of which cover current affairs, send a clear message to the Jiang faction: “Don’t try to stir up things ahead of the 19th national congress. Don’t try to use political issues to sway public opinion and provoke an incident.”