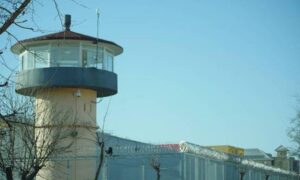 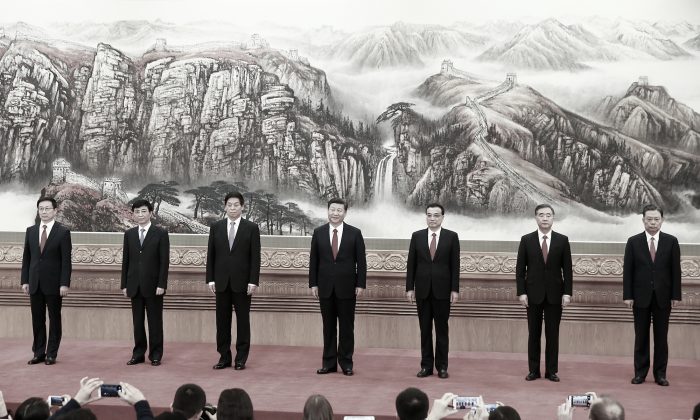 The number of allies Xi was able to appoint to China’s top decision-making body, the seven-member Politburo Standing Committee, is a sign of his hold over the Party.

After a week of horse-trading, Xi has managed to line up his allies in top leadership positions: In the Standing Committee, which includes Xi, five members are solidly on his side, while one has close ties to former Party leader Jiang Zemin.

Notably, Xi has not appointed a protégé to succeed him, hinting at his desire to remain in power beyond the next National Congress in 2022. The Party’s custom is to appoint a few younger members to the Standing Committee, one of whom will ascend to the position of CCP leader at the next congress. But since all members of the Standing Committee, including Xi, are now in their 60s, there is no obvious successor; the official retirement age is 68.

Xi also further cemented his authority within the Party when the congress decided on Oct. 24 to incorporate Xi’s political doctrine—known as “Xi Jinping Thought on Socialism with Chinese Characteristics for a New Era”—into the party constitution.

In the past few decades, former CCP leaders have had their ideologies included in the constitution, but without their names attached. The inclusion of Xi’s name places him alongside communist China founder Mao Zedong as the only other leader whose name is attached to his thought. Deng Xiaoping’s name is linked to only a “theory.”

Just before noon on Oct. 25, the newly named Standing Committee members were revealed at a press conference in Beijing. Xi’s close confidants had made it to the most powerful positions alongside him.

In the few weeks prior, speculation abounded as to whether Xi would break convention to allow Wang Qishan, the spearhead of Xi’s anti-corruption campaign, to stay on as a committee member, as he is past the official retirement age.  (Wang turned 69 in July.)

Wang was head of the Central Commission for Discipline Inspection (CCDI), an internal graft-busting agency that became the driving force for Xi to rid the Party of political enemies—namely, Jiang faction officials.

Wang was dropped from the membership list of the Central Committee (a body of 200-plus top officials), confirming that he is retiring from his seat of power in the Politburo Standing Committee.

Xi could not hold on to Wang, but he successfully placed other associates on the Standing Committee. Aside from himself and current premier Li Keqiang, the other five committee members are new appointees, including Zhao Leji, who was also named the secretary of the CCDI, succeeding Wang to become head of the anti-corruption agency. Zhao, as head of the Organization Department, has been in charge of making appointments to senior positions. He has helped to promote many of Xi’s allies, according to the Brookings Institute.

In 2015, Zhao also penned a 4,000-word article in Qiushi, a CCP political journal, publicly voicing his support for Xi.

Xi also promoted his subordinate, Li Zhanshu, who has served as chief of staff since Xi took power in 2012. Li began his early career working closely with Xi. He and Xi both held posts as party secretaries of local counties in Hebei Province.

Wang Huning, Xi’s top foreign policy aide, is also a trusted ally. He has earned the nickname of “Zhongnanhai’s wealth of knowledge,” which refers to the leadership compound in Beijing.

Wang Yang, the current vice premier known for his previous efforts at reform when he headed Guangdong Province, also made it onto the committee.

Li, Wang Huning, and Wang Yang (no relation) make up a tight circle that has often accompanied Xi on his domestic and international trips.

The sole official with ties to Jiang is Han Zheng, current Party boss of Shanghai. Since Jiang himself served as the city’s Party boss in the 1980s, Shanghai has become known as a breeding ground for Jiang allies. However, in recent years, Han has begun to express loyalty to Xi.

Meanwhile, current Beijing party secretary Cai Qi, vice minister of the propaganda department Huang Kunming, and Jiangsu Province party secretary Li Qiang, all of whom worked under Xi during their time in Zhejiang Province, have been newly appointed to the 25-member Politburo.

As evidence of Jiang’s diminishing influence, other key Jiang allies were missing from top appointments. Meng Jianzhu, former head of the security apparatus and a member of the Shanghai Gang, a group of officials who owe their careers to Jiang’s political patronage, was dropped from the Central Committee.