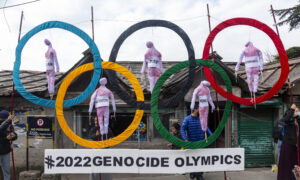 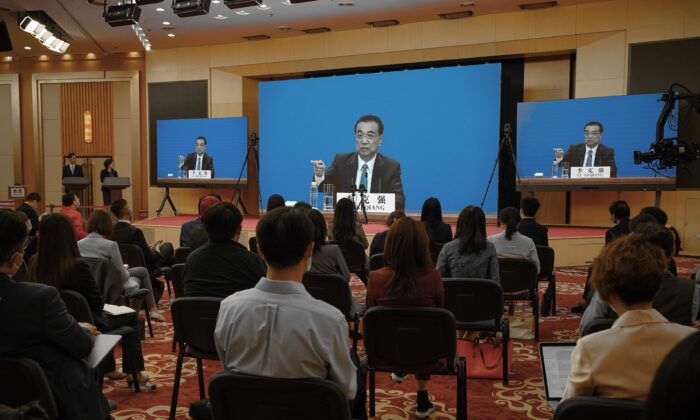 Chinese Premier Li Keqiang speaks at the video press conference from The Great Hall Of The People after the closing of the rubber-stamp legislative annual meeting in Beijing, China on May 28, 2020. (Andrea Verdelli/Getty Images)
Chinese Regime

Shawn Lin
Shawn Lin is a Chinese expatriate living in New Zealand. He has contributed to The Epoch Times since 2009, with a focus on China-related topics.
View profile
biggersmaller
Print

On July 1, Xi Jinping, head of the Chinese Communist Party (CCP), declared that China had achieved a moderately prosperous society. At the same time, the Central Financial and Economic Affairs Commission also stated that China’s per capita GDP had exceeded $10,000. However, these statements were very different from those of the CCP Premier Li Keqiang last year.

According to Li, a year ago, nearly half of the people in China had not solved their food and clothing needs. On May 28, 2020, Li said in response to a reporter’s question at a press conference in the National People’s Congress, “Our annual disposable income per capita is 30,000 yuan (about $4,637), but there are 600 million people who earn a monthly income of only 1,000 yuan (about $155). It is already difficult to rent a house in a medium-sized city for 1,000 yuan (about $155), let alone during a pandemic.”

The article said, “The number mentioned by the Premier is closest to the reality. Although many groups have entered the high-income class, the low and middle-income class groups still remain dominant. A considerable amount of groups are still hovering near the survival line. They are out of our sight, have no channels to speak out, and society cannot hear their voices. They are the silent majority.”

The article indicates that the monthly income figures are household disposable income per capita: income that can be used after deducting personal income tax, private transfer payments, and various social insurances.

Radio France suggests that Li’s words “pierced a giant and gorgeous bubble of [CCP] lies,” they were like “dropping a nuclear bomb, and the shock wave still remains.”

Shawn Lin
Shawn Lin is a Chinese expatriate living in New Zealand. He has contributed to The Epoch Times since 2009, with a focus on China-related topics.
TOP NEWS