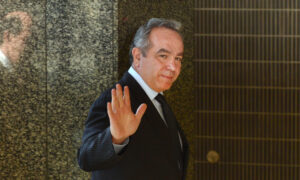 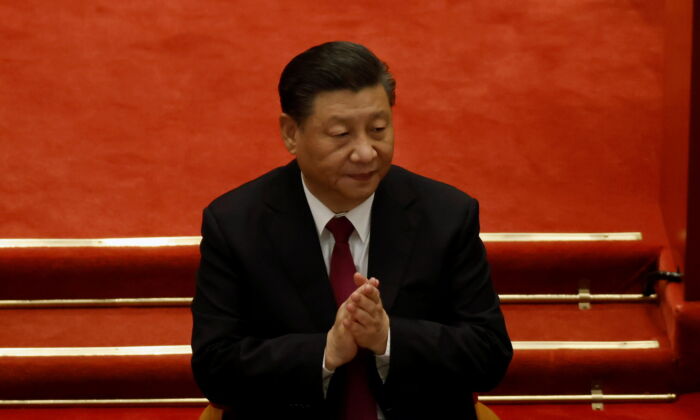 Chinese leader Xi Jinping applauds at the closing session of the Chinese People's Political Consultative Conference (CPPCC) at the Great Hall of the People in Beijing on March 10, 2021. (Carlos Garcia Rawlins/Reuters)
Australia

Chinese leader Xi Jinping’s calls for a more “lovable” portrayal of the Chinese Communist Party (CCP) on the world stage will result in a major charm offensive from Beijing, but no slowdown to its aggression in the Indo-Pacific region, according to experts.

In late May, Xi reportedly told a “study session” conducted by the CCP’s Central Committee—the executive body of the regime—that China’s officialdom and state-controlled media need to reshape global opinion toward Beijing, which has plunged in recent years.

According to a 2020 Pew Research Center survey, public sentiment toward Beijing and Xi plummeted across 14 major developed countries, driven by Beijing’s mishandling of the COVID-19 outbreak from Wuhan and its takeover of Hong Kong.

During the study session, Xi called on Party organs to “tell the China story well” and spread the “voice of China,” adding that it was necessary to improve “China’s cultural appeal, its image, the persuasiveness of Chinese discourse, and to guide international public opinion,” according to state-owned Xinhua News Agency.

“It is necessary to strengthen the propaganda and interpretation of the CCP, to help foreigners realize that the CCP really strives for the happiness of the Chinese people, understand why the CCP is capable, why Marxism is practiced, and why socialism with Chinese characteristics is good,” he said.

“We should fully utilize high-level experts, speak through major international conferences and forums, foreign mainstream media, etc.,” he said, adding that Beijing should be viewed around the globe as “credible, lovable, and respectable.”

“What Xi is really saying there is, he is telling Chinese universities to get themselves invited to major conferences around the world,” he told The Epoch Times, saying the focus wouldn’t be to “sell policy, but to engage.”

“He’s telling them to engage not just overseas media, but to engage the academic community, the medical community, and the scientific community, which has tons of meetings every year in different places.

“It’s not just propaganda, you know. Getting on air and telling people some rubbish story is not going to make it less rubbish. If you are stepping on the Uyghurs, stepping on Indian soil, beating up protesters in Hong Kong, it’s pretty hard to change the optics on that.”

Michael Shoebridge, defense director at the Australian Strategic Policy Institute, said there was “little chance” Beijing would pull back on its aggression in the Indo-Pacific region. Further, the Chinese regime would be motivated to “educate” Western governments and audiences rather than admit its own actions were wrong.

“Far from the Chinese government or CCP getting more lovable, we can expect more lectures about our own failings in understanding this, with absolutely no recognition from the leadership in Beijing that it’s their acts that are the problem,” he told The Epoch Times.

“I do expect the CCP to do more of what it already tries, which is to employ pro-Beijing advocates and rather naïve people to deliver Party narratives, because ‘borrowing the mouths of others to speak’ is something the Party sees as effective.”

Anders Corr, principal at Corr Analytics Inc. and publisher of the Journal of Political Risk, has previously outlined how Beijing cultivates the leaders of major institutions to speak on its behalf.

Corr pointed to the $600 billion in two-way trade between the United States and China as an example, saying, “Every dollar traded with China benefits some Americans, many of whom seek to influence U.S. government policy toward appeasing rather than confronting China.”

“The biggest and most politically influential corporations and billionaires make the most from China,” he wrote in The Epoch Times. “So, big business and the think tanks, academics, and nonprofits that big business supports mostly tend to favor more free trade with China.”

In response to Xi’s calls to utilize “foreign mainstream media,” Alex Wake, President of the Journalism Education and Research Association of Australia, said: “It’s interesting to see that China is now so much more forthright in this area. Previously, they did not really seem to care what other countries thought, but they do now.

“All journalists should be diligent in ensuring that they aren’t under any undue influence of any foreign body, but I don’t see that China’s actions here are any different to the many countries around the world,” she told The Epoch Times.

Joshua Philipp, an investigative journalist at The Epoch Times, has previously warned, however, that Beijing easily exerts its influence on Western media through the offer of exclusive stories or content.

“It’s very easy to manipulate the media, extremely easy. If you’re a country like China, all you need to do … you have your former or current officials go to a big news outlet and tell them, ‘I have an exclusive story for you. I’ll tell you the real story of what’s happening in China.’ They’re going to publish everything that person says,” he told Valuetainment.

Chin Jin, chair of the Federation for a Democratic China, said that Western media outlets are unlikely to remain critical of Beijing because of deep interests in the China market.

“Western media are still in the midst of pro-liberalism, political correctness movement,” he told The Epoch Times. “Even though Western media are now a bit stern in their reporting on the CCP, it does not rule out the resumption of the old habits.”