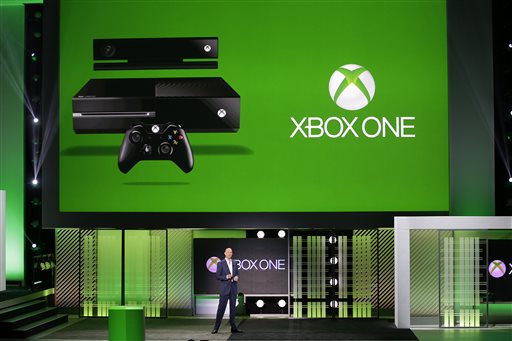 Xbox Games with Gold, the new service for Xbox Live Gold members, came out with a new free game.

Gotham City Impostors, a first person shooter, was put on the service this week.

“A 6 vs. 6 first person shooter, Gotham City Impostors is a multiplayer game unlike any other. Players rebel against conformity as they pose as amateur vigilantes or villains, and customize their own Bats and The Jokerz characters using unprecedented customization options,” reads a description for the game.

“Guacamelee: Super Turbo Championship Edition” will be free starting on July 2. That will replace “Spartan Assault.”

At the same time, “Max: The Curse of Brotherhood” and “Halo: Spartan Assault” are still free.

Xbox Games with Gold launched last month on the Xbox One, with a single Gold membership providing access to games for the Xbox 360 and Xbox One.

“Halo: Spartan Assault is a fast paced top-down shooter set during the timeline between Halo 3 and Halo 4. Progress your Spartan career as you engage in over 30 exciting Campaign missions using many of your favorite Halo weapons, vehicles and armor abilities. Team-up on Xbox Live and fight with a friend against waves of the nightmarish Flood in the all-new online co-op multiplayer mode,” reads a description for “Spartan Assault.”

The “Max” description says, “Max: The Curse of Brotherhood is a classic action-adventure. At its core it is a platformer filled with puzzles. Max must start on a quest to save his brother who is kidnapped to a hostile world. His only chance to succeed is to stay courageous and use the powers of his marker to manipulate the environment. Unleash the many powers of the Marker and beat the evil kidnapper!”