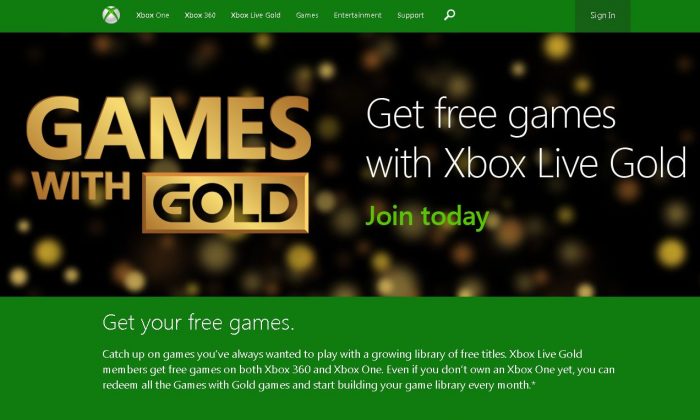 Xbox Games with Gold users will get twice as many games, six in all, in April 2015, Microsoft has announced. It also released a video showing the games. (Games with Gold site screenshot)
Gaming

Xbox Games with Gold users will get twice as many games–six in all–in April 2015, Microsoft has announced. It also released a video on Xbox Live updates.

The entire list was released a few days ago:

For March, Xbox Live’s Games with Gold has Rayman Legends for the Xbox One and BioShock Infinite for the Xbox 360.

“Definitely one of the most popular requests from our fans since launch” is sending voice messages between Xbox One and Xbox 360 users, they said. It will be revealed in April.

Party chat also will get an update, they said. It will be easier to “identify” problems “and troubleshoot them,” the video says.

Voice messages – Xbox One preview program members will be able to compose and playback voice messages in the messages app when snapped on Xbox One. Quickly and easily record audio to send to your friends or others through your snapped messages app accessed through a simple quick double tap of the Xbox button. Additionally, voice messages can be exchanged between Xbox 360 and Xbox One consoles.

Dedicated servers for party chat – We’re enhancing party chat with dedicated chat relay servers that will enable Xbox One owners that may have historically had NAT issues to party chat more reliably. Parties where players are unable to form direct peer-to-peer connections for party chat will automatically leverage dedicated server infrastructure to relay traffic. This service is only enabled for parties where one or more members are previewing the April system update.

What’s On – The Xbox engineering team is continuing to experiment with the What’s On area, which highlights popular videos, movies, TV shows and game broadcasts. We’re continuing to test different experiences for preview members in the U.S. and this month, the preview of this feature is being expanded to Canada and the UK as well.