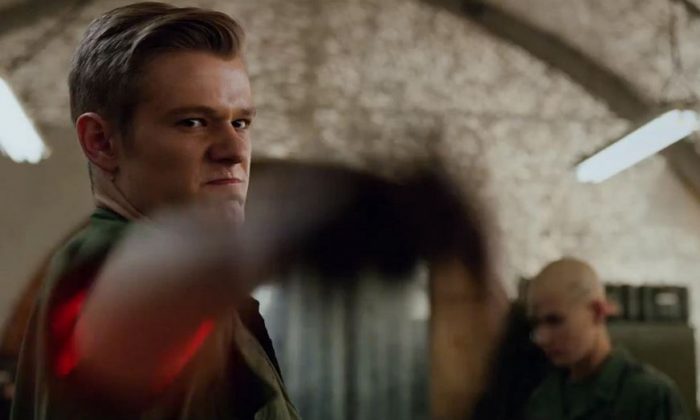 Havok in X-Men Days of Future Past.
Entertainment

Some spoilers in the deleted scenes in “X-Men: Days of Future Past” show the difference in how some parts of the movie could have played out, and at least one relates directly to the upcoming “X-Men: Apocalypse.”

The huge spoiler relating to Apocalypse–perhaps giving some hint for the next movie–is that the original end credits had Apocalypse falling out of the night’s sky and combining himself with Erik.

Another spoiler obtained by X-Men Films from the deleted scenes is that Kitty and Colussus are seen walking and holding hands in the altered future timeline, “hinting at their relationship in the comics.”

Another relationship cut is an older Beast with Mystique. They’ve made up their differences and are shown teaching a Biology class together in the altered future. She had confronted him and told him that he needed to accept her and his own mutation.

A big spoiler obtained by the blog is that Havok was originally slated to die. When Mystique rescued the mutant army recruits, he was hit with a taser and captured by Trask and Stryker’s people. Later, he’s seen running from a Sentinel during a weapons test. Mystique sees an autopsy report that says he died. Havok is Cyclops’ brother, so with Cyclops coming back in Apocalypse, it’s probably that Havok was kept alive to be part of the next movie as well.

Check out some of the other spoilers:

–Quicksilver replaced Juggernaut’s originally scheduled role. Juggernaut would have been an 18-year-old football player and a former student at Xavier’s school. He would have rescued Erik from the prison by diving from the X-jet and plowing through the ground.

–A rescue is attempted for Rogue. After Xavier, Magneto, and Iceman leave to find her, Storm watches after Kitty and Logan. In this scenario, both Storm and Bishop had a lot more dialogue.

–Raven joins Charles and Hank, with Magneto saying the government will eventually find them and attack. Charles answers: “I feel a great swell of pity for the poor soul who comes to that house looking for trouble.”