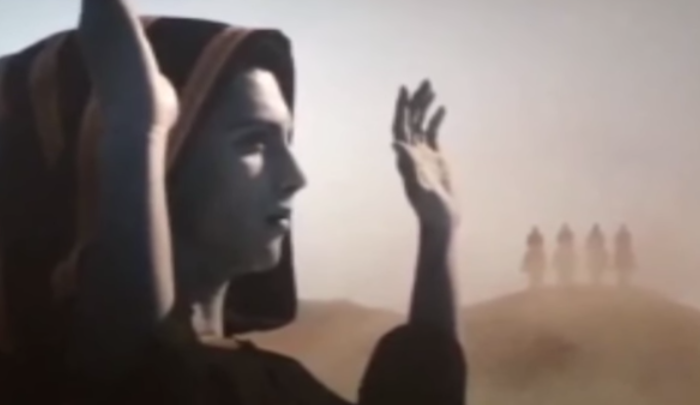 Work on “X-Men Apocalypse” has begun as Bryan Singer has been confirmed as the director by Fox.

The highly anticipated follow-up to “X-Men: Days of Future Past” will feature Apocalypse, a mutant villain who will cause the X-Men a lot of trouble.

A Fox executive recently confirmed that Singer will be director, while Singer’s shared image of a script reveals that Simon Kinberg, Michael Dougherty, and Dan Harris will also be working on the film.

The script indicates that the opening scene will be in Egypt and involve thousands of people in a “sprawling battle.”

It also confirms that like the comic book storyline, Apocalypse will be working with four mutants referred to as “the four horseman.”

Apocalypse was glimpsed in the after-credits scene in Days of Future Past. He has a wide range of powers and is obsessed with survival of the fittest. One of his abilities is shapeshifting.

He was born in 3,000 B.C. and abandoned by his parents, raised by desert nomads.

In the comics, the nomads die but not before the leader, who had been raising “En Sabah Nur,” told him that his destiny was to overthrow the pharaoh.

Using alien technology he turned the pharaoh into a eternal slave made from living stone.

The film will be set 10 years after the end of Days, and include some of the original X-Men such as Cyclops. Quicksilver will also return.

HONOLULU (AP) — A former aspiring model who accused several Hollywood figures of sexually abusing him as a child dropped a third lawsuit on Saturday, leaving only one suit open against “X-Men” franchise directorBryan Singer.

Lawyers for Michael Egan III said in a federal court filing in Honolulu on Saturday morning that they were dismissing a lawsuit against theater producer Gary Wayne Goddard. Egan earlier dropped lawsuits against two television executives.

Egan’s lawyers did not explain why they dropped the lawsuit in their two-page filing, saying only that the matter was dismissed without prejudice, meaning Egan can refile the lawsuit if he chooses.

Egan’s lawyer in Honolulu, Mark Gallagher, declined comment and referred questions to Egan’s lead attorney, Jeff Herman. Herman’s spokeswoman declined comment, and Singer declined comment through a spokesman. A representative for Goddard did not immediately return a message from The Associated Press seeking comment on Saturday.

Egan had accused the men of sexually abusing him as a child during trips to Hawaii in 1999 when he was 17 years old. He filed suit under an unusual state law that created a window for civil lawsuits in sex abuse cases where the statute of limitations has passed. The men have denied the allegations, and Singer has filed a motion to dismiss the lawsuit against him. A hearing is set in the Singer case for Aug. 4.

Earlier this week, Egan dropped a lawsuit against former network television executive Garth Ancier. Ancier responded Friday by filing a malicious-prosecution lawsuit against Egan, saying the accusations had damaged his reputation. Ancier said he never visited the estate in Hawaii where Egan claims he was abused.