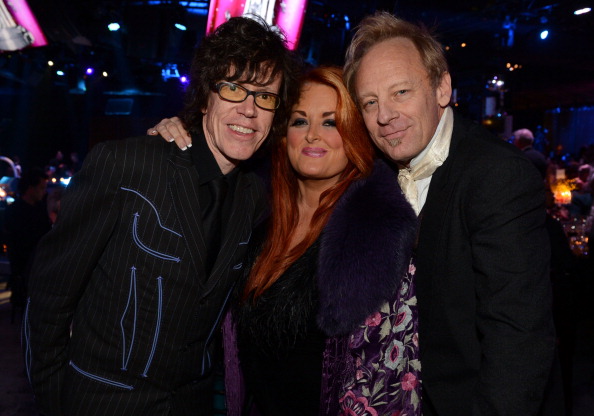 Wynonna Judd recently described the experience of seeing her husband, Michael Scott “Cactus” Moser, walk again after he had his leg amputated after a motorcycle accident.

“After eight months of waiting, he walked towards me for the first time two days ago,” Judd told People magazine on Monday.

The country singer added that “it’s been an emotional ride for me this week.”

Moser was fitted with a prosthetic leg after he suffered life-threatening injuries from a motorcycle accident last August. He collided with an oncoming vehicle while he was riding alongside Judd, 48, who was on her own motorcycle.

“The outpouring of prayer and support from friends, family and fans has been a blessing to both Cactus and I,” she said in a release last year, according to the New York Daily News. “Cactus is a champion. I love him deeply and I will not leave his side.”

Moser, 55, spent eight months in a wheelchair and later used a walker.

“He’s so positive,” she told People. “I call him Mr. Happy-Go-Lucky. It’s really irritating, because sometimes I just want to complain or act tired about dancing, and he’ll say, ‘But you’re moving and you’re looking so great.’ I’m like, ‘Go talk to Tony. You guys are so alike.'”