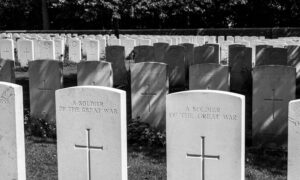 The Pity of War: The Remarkable Poets of World War I
0 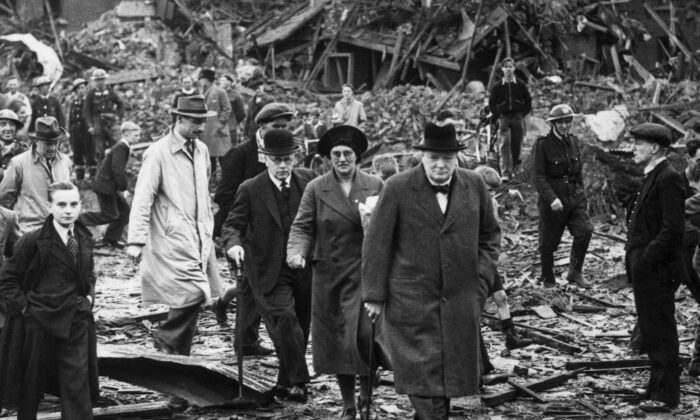 WWII: How an Error Turned the Tide During the Battle of Britain

Eighty years ago this month one of the great turning points of the Second World War took place, one that saved the radar and airfield defences of an England on the brink of invasion.

With the fall of France in June 1940, nothing but the English Channel stood between Hitler’s blitzkrieg and British soil. Many, including Prime Minister Winston Churchill, expected invasion to be imminent. Preparations were made as well as possible, including small arms practice by the Royal Family and the prime minister himself.

In late May-early June, the heart of Britain’s army, its Expeditionary Force fighting in France, had been forced to leave most of its weapons and machinery in France when the Royal Navy, assisted by a large civilian flotilla, rescued more than 300,000 soldiers who otherwise would have been captured or killed by German forces. The evacuation became known as the Miracle of Dunkirk.

To the amazement of many, Adolf Hitler chose this time to sight-see near Paris. The British, he was convinced, were not among Germany’s natural enemies, and he desired not to conquer the island but to reach an accommodation with its government. Churchill would have none of it, and on July 10 the Battle of Britain, an attempt by the Germans to achieve air superiority prior to invasion, began.

Airfields and radar stations, Britain’s newest and most promising technology, were targeted by the Luftwaffe from the start. Serious damage was done to landing strips, aerodromes, and fighter planes on the ground, as well as radar structures. At one point, Air Marshal Hugh Dowding despaired that the British could keep up the fight.

Then the navigational error that turned the tide occurred. On the night of Aug. 24, a formation of Heinkel bombers lost their bearings and flew over London. (Some claim this was deliberate.) Thinking they were clear of the city, they released their bombs and went home.

Hitler had forbidden the bombing of London in hopes of sparing German cities the wrath of British attacks. An angry Churchill, sensing a chance to save his embattled airfields, ordered a reprisal raid. Eighty-one Wellington bombers flew to Berlin.

The political and cultural heart of Nazi Germany, Berlin was deep inside the Third Reich. Putting aside reason, advice, and the fact his air force had nearly crippled British defences by pummeling their aerodromes and radar stations, on Sept. 4 Hitler promised a cheering crowd that since Britain had dared to bomb Berlin, he would smash her cities.

Hundreds of bombers attacked London, and before the Blitz was over many other centres such as Coventry were also in flames, with more than 40,000 civilians killed. But the aerodromes and radar stations were largely spared from that point, and the damaged ones were repaired. This enabled the young men in Hurricanes and Spitfires to prevail, preserving air superiority over English soil and the English Channel and making invasion untenable.

In this manner, England was saved.

Another part of the story also needs to be stressed. Had almost anyone other than Churchill been prime minister, Hitler might well have achieved a peace pact—and then broken it to slaughter innocents, as he had done before. Respected men like Viscount Halifax and Neville Chamberlain argued for accommodation, not war; they wanted peace, not another bloodbath such as they had witnessed from 1914 to 1918.

Like Churchill, they were products of the First World War, when almost a full generation, the cream of British manhood, was mowed down by machine guns and shelling in the trenches of France. Some 887,000 soldiers from the United Kingdom and its colonies died in the Great War, while 1.6 million were wounded. (Germany suffered 4.3 million dead and missing.) Britain was also crippled financially, its treasury depleted.

Chamberlain, having misread Hitler’s intentions (after being lied to and deceived at Munich in 1938), and lacking conviction and direction as Hitler’s armies roared across the Low Countries early in 1940, had been pressured by his own party to step down. While many Conservatives favoured replacing him with the predictable but dour Halifax over the brilliant but unstable (so they said) Churchill, the majority embraced Churchill’s genius, his clarion calls to prepare, his bulldog tenacity, and his long grooming for war as a soldier, writer, statesman, and historian. It helped that he was a descendant of John Churchill, a British hero, the 1st Duke of Marlborough (1650–1722).

Even as a youth, Churchill felt destined for greatness. “We are all worms,” he liked to say, in mock humility, “but I’m a glow worm.” Indeed.

There was no one else like him in Parliament. It was an epic case of preparation meeting opportunity. Had Churchill been killed in the Boer War as a young man, or if illness had put out his light as a youth, then accommodation with Hitler may well have been reached in May-June 1940. Disarmed, England would have been weak. Almost certainly, the same slaughter of Jews, intellectuals, the infirm, Gypsies, and homosexuals which took place on continental Europe (some six million dead to 1945 in addition to six million Jews) would also have happened in England.

Many in England and North America had openly admired Hitler’s success in rejuvenating the German economy during the Great Depression. Mackenzie King, Canada’s prime minister and usually a shrewd judge of character, met with the German dictator in June 1937 and left convinced of his peaceful intentions. American hero Charles Lindberg, whose solo trans-Atlantic flight in May 1927 was the first of its kind, also admired the Austrian-born fascist with the peasant background and beguiling ways.

But Churchill knew better. Almost alone in the 1930s, the man many regard as the greatest Englishman who ever lived sounded the alarm week after week in the House of Commons as friends fed him gen (facts) about Germany’s rearming in breach of the Treaty of Versailles, or about Jews and others being persecuted. Alone among the Conservatives, embattled within his own party, accused of war-mongering and malice, Churchill stared down the gullible minions around him and soldiered on in his tireless efforts to see that England was ready for the conflict to come. She scarcely was.

Thanks largely to Churchill’s “few”—the pilots of Hurricanes and Spitfires who fought courageously to stop Hitler’s invasion—England won the Battle of Britain. While 1,497 Allied aircrew died in the victory, including 22 Canadians (more than 100 Canadians took part), some 2,500 German aircrew also perished.

At least eight American pilots fought in the Battle of Britain, including ex-barnstormers and a Minnesota farm boy.

Thanks are also due to the many women in Britain’s civil defences such as those in fire brigades, ambulance drivers, nurses, and air raid wardens, not to mention the many in factories making armaments.

With the great assistance of Churchill’s friend President Franklin Delano Roosevelt and the United States, and the indomitable efforts of Soviet armies to repel Hitler’s troops on the Eastern Front (where 27 million Soviet troops and civilians died, and 4 million Germans), the Allies went on to win the war.

Yet it all hinged, in those early months of the conflict, on a certain raid of Heinkels going astray over London. Such are the vicissitudes of war.

Since 1987, Brad Bird (the Canadian columnist and author, not the Hollywood director) has reported on wars in the Western Sahara, Basque Country, Chechnya, Kosovo, and Ukraine. He comes from a line of military men.