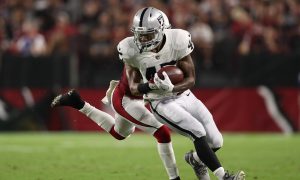 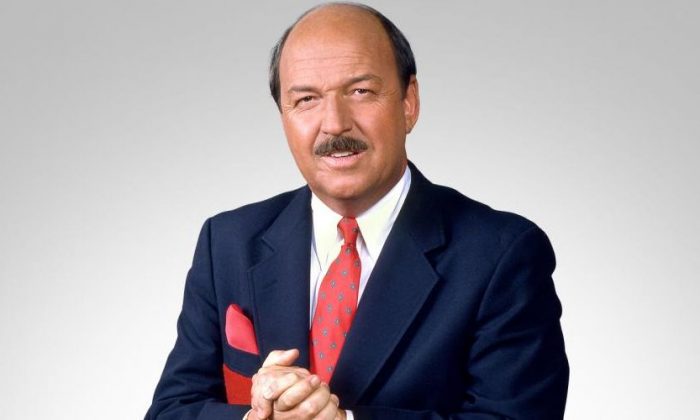 Pro-wrestling announcer “Mean” Gene Okerlund died at the age of 76, said the WWE in a statement on Jan. 2. (WWE)
Entertainment News

Professional wrestling announcer “Mean” Gene Okerlund died at the age of 76, said the WWE in a statement on Jan. 2.

The company wrote: “WWE is saddened to learn that WWE Hall of Famer Gene Okerlund, the most recognizable interviewer in sports-entertainment history, has passed away at age 76.”

He rose to prominence due to his interviews with Jesse “The Body” Ventura, “Macho Man” Randy Savage, Hulk Hogan. Okerlund would do backstage and in-ring interviews, but he would also provide commentary.

Ventura gave him the moniker “Mean Gene.” According to the WWE, “In 1984, Okerlund made the move to WWE where he became as recognizable as the Superstars he asked the tough questions to, including ‘Macho Man’ Randy Savage, The Ultimate Warrior and, perhaps Okerlund’s greatest guest, Hulk Hogan. Countless Hulkster interviews included the indelible phrase, ‘Well you know something Mean Gene!’”

His cause of death was not revealed by the WWE.

TMZ reported that Okerlund had health problems over the past 20 years. He had a kidney transplant in 1995 and another in 2004.

Mean Gene I love you my brother HH

Other wrestlers and people associated with the WWE offered their condolences.

“A voice and sound track to an entire era of our industry. He was the star of some of @WWE’s most memorable segments. ‘Mean Gene’ was beloved by all who got to work with him. Our thoughts are with his family at this difficult time,” wrestler Triple H wrote, according to TMZ.

Charles Robinson, a WWE referee, wrote: “So sad to hear of the passing of one of the greatest voices in wrestling. Mean Gene you will be missed and we will continue to love you. What a true class act. I am very fortunate to work with you.”

Bully Ray said, “RIP ‘Mean’ Gene. Thanks for the memories and being a Gentleman. God Bless.”

Added Big E: “Mean Gene was the voice of millions of childhoods. Mine certainly. An honor to meet him. Condolences to his family.”

“The voice of my youth. Condolences to his friends and family,” Mustafa Ali said.

“Extremely sad news to hear of the unfortunate passing of Mean Gene Okerlund. One of the most iconic interviewers and personalities of my childhood, and one of the very best in the business,” wrote wrestler Ligero.

According to the WWE, “Okerlund branched out from interviewing by providing ringside commentary and hosting several shows, including All-American Wrestling, Tuesday Night Titans, Wrestling Challenge and Prime Time Wrestling. Announcing wasn’t all that Okerlund could do with a microphone, as his distinct voice sung the National Anthem at the first WrestleMania in 1985.”

It said he joined rival promotion WCW in 1993 as “lead interviewer where he continued to interview many of the legends he had worked with in the AWA and WWE as well as WCW stalwarts, Sting, Diamond Dallas Page, Goldberg and others. In 2001, Okerlund returned to WWE to call the Gimmick Battle Royal at WrestleMania 17 along with Bobby ‘The Brain’ Heenan and continued to appear on WWE television programming, including being a cast member on WWE Network’s Legends’ House.”