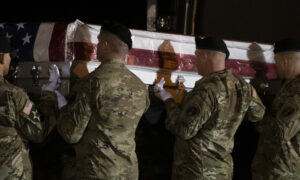 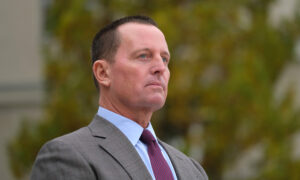 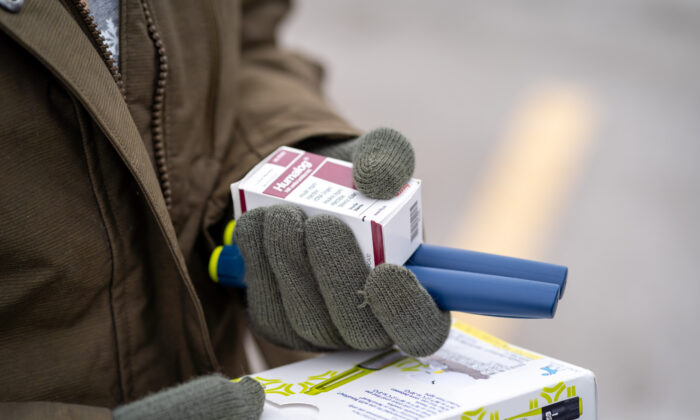 An individual holds insulin medicine in Minnetonka, Minn., on Jan. 17, 2020. Most U.S. drugs are sourced, directly or indirectly, from China. (Kerem Yucel/AFP via Getty Images)
Viewpoints

No matter how the coronavirus scare turns out—anything from the second coming of the Black Death to an only slightly extraordinary version of the flu—one thing is certain: The United States must never again outsource its critical industries to ideologically hostile countries that can hold the nation hostage.

With America now importing up to nearly all active pharmaceutical ingredients from China thanks to the profoundly shortsighted “free trade” policies of the past few administrations (Clinton, Bush, Obama), Americans are suddenly coming to the realization that, in the age of globalization, even localized events halfway around the world can have profound consequences.

And not just in the area of health. The ongoing trade wars between the Trump White House and Beijing, which also involve heavy manufacturing, intellectual property, and foodstuffs, suddenly take on more far-reaching significance as China, smarting for being blamed for the Wuhan virus, bruits a travel ban against the United States and other measures.

“Also according to the U.S. CDC officials, most of the drugs in the United States are imported, and some drugs are imported from Europe. However, Europe also places the production base of these drugs in China, so more than 90% of the U.S. imported drugs are related to China. The implication is that at this time, as long as China announces that its drugs are for domestic use and banned exports, the United States will fall into the hell of the novel coronavirus pneumonia epidemic.”

The Cost of Free Trade

Chances are high this is bluster. China has a billion mouths to feed and the American farmer is doing his bit to fill them. The American consumer also seems to have a limitless appetite for cheap electronic gadgets, which is the principal reason that Apple and the Taiwanese Foxconn Technology Group moved so much of the iPhone production to China, especially Shenzhen. The endless supply of cheap labor was too tempting to ignore. That it was fundamentally unpatriotic did not matter a whit to Apple—or the American consumer.

Now the free-trade chickens are coming home to roost. A recent cover story on the virus in the German magazine Der Spiegel was headlined: “Made in China—when globalization becomes deadly.” But the cover photo spoke even louder than words: a man in a red hazmat suit, checking his iPhone.

If there is one good result of the pandemic, it’s that world powers see they can’t afford to outsource critical products and infrastructure to their rivals, no matter what the nominal savings might be. In fact, one of the reasons great powers become great powers is the development and retention of their manufacturing bases—something that propelled Britain to global dominance in the 19th century and was decisive in the Allied victories over both Germany and Japan during World War II.

But, caught in the grips of free-marketism, America has over the past half-century ceded the manufacturing of its own inventions to others: automobiles, computers, telecommunications, even control of the internet. From a self-reliant Republic, abundant in natural resources of all kinds and blessed with a limitlessly inventive population, the United States has managed to transform itself into a service industry-based economy of bureaucrats, merchants, waiters, and hotel chambermaids—and even many of them are imported.

The fetishistic notion that the highest and purest form of capitalism occurs when there’s a cheap flat-screen television or four in every American household has proven to be a moral and spiritual dead end: the exact opposite of the virtuous citizenry that Edmund Burke, an apostle of free markets, had so confidently predicted in 18th century.

When the value of consumer goods becomes solely defined by price, American workers lose their jobs so that foreigners can take them, factories go out of business, shops close down on Main Street, and a beggar-thy-neighbor ethos replaces both charity and patriotism. When “protectionism” becomes a dirty word, too many cities and towns start to look like Detroit.

This weakening of national identity—name a country founded as a nation of tourists and consumers—has leaked into every aspect of our politics. “American made” was once a statement of pride; today it’s jingoistic and risible. Trump’s reintroduction of tariffs—the foundation of the American economy and the financing scheme for the federal government from its inception into the 20th century—met with fierce, nearly crazed opposition on both sides of the aisle.

Small wonder: The rise of free trade has also seen a concomitant rise in taxes, debt, laws, regulations, and entitlements. The growth of big government is inseparable from it. Further, it has led to a kind of public sclerosis: Name a single great national project over the past 65 years to rival the Hoover Dam, the Tennessee Valley Authority, the Manhattan Project, or the Interstate Highway System. The only thing comparable was the Apollo moon landings—and they ended in 1972. We’re all too busy binge-watching Netflix to care about such things any more.

So, as the virus gradually comes under control—the World Health Organization reports that new cases in China have dropped sharply, and that 70 percent of those infected have already recovered—it’s time for the United States to restore both its manufacturing base—and its can-do spirit.