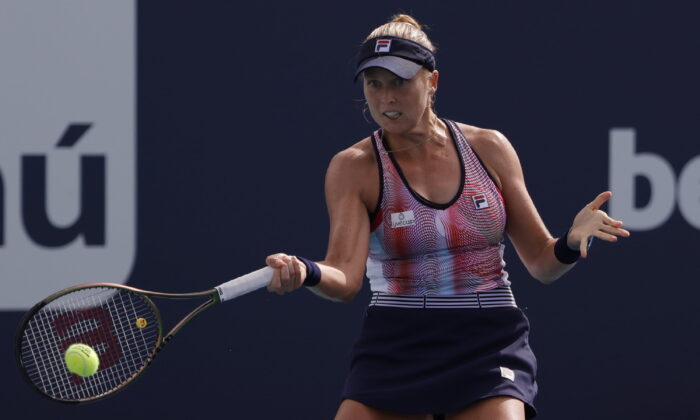 Shelby Rogers delivered 10 aces and won 76.5 percent of her first-serve points on Thursday while rolling to a 6–1, 6–3 upset of top-seeded Maria Sakkari of Greece in the second round of the Mubadala Silicon Valley Classic at San Jose, Calif.Rogers had 16 winners and eight unforced errors and needed just 72 minutes to finish off Sakkari.

Second-seeded Emma Raducanu of Great Britain saved nine of 13 break points while outlasting Colombia’s Camila Osorio 7–6 (5), 7–6 (4) in the second round at Washington.

Raducanu and Osorio battled for two hours, 50 minutes in the longest WTA straight-sets match of 2022.

Raducanu will face Liudmila Samsonova in the quarterfinals after the Russian defeated Australia’s Ajla Tomljanovic 4–6, 6–3, 6–2.

The scheduled match between fourth-seeded Victoria Azarenka of Belarus and Tereza Martincova of the Czech Republic was postponed due to lightning in the area.