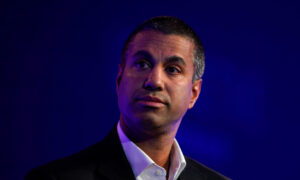 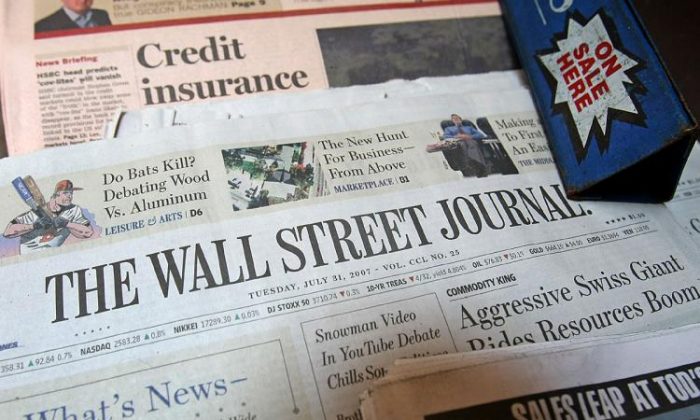 The Wall Street Journal (WSJ) editorial board came out this week to express support for curtailing broad legal protections for technology companies after one of the newspaper’s opinion articles was fact-checked by Facebook.

“We’ve been leery of proposals in Congress to modify Section 230 protections that shield internet platforms from liability. But social-media giants are increasingly adding phony fact checks and removing articles flagged by left-leaning users without explanation,” the board wrote in an op-ed title “Fact-Checking Facebook’s Fact-Checkers.”

“In short, they are acting like publishers in vetting and stigmatizing the content of reputable publishers. The legal privileges that enable these companies to dominate public discourse need to be debated and perhaps revised.”

The op-ed was a response to Facebook’s move to flag a WSJ op-ed “We’ll Have Herd Immunity by April” published in February and flagged with “Missing Context. Independent fact-checkers say this information could mislead people,” according to the WSJ board. The article, written by Johns Hopkins surgeon Marty Makary, makes the argument that natural immunity from prior infection is possibly reducing the spread of the CCP (Chinese Communist Party) virus pandemic.

The “fact-check” was conducted by the third-party site Health Feedback, an affiliate of the not-for-profit organization Science Feedback that invites scientists to review and comment on scientific claims in the media. The organization claimed that Makary’s piece was “misleading” because it makes an “unsubstantiated claim that the U.S. will have herd immunity by April 2021.”

“Three scientists analysed the article and estimate its overall scientific credibility to be very low,” the organization wrote.

The WSJ board defended Makary’s piece, arguing that the surgeon “didn’t present his opinion as a factual claim” and was only making an argument and projection based on studies and other evidence.

“But the progressive health clerisy don’t like his projection because they worry it could lead to fewer virus restrictions. The horror!” the board wrote.

“Health Feedback’s fact-checkers disagree with the evidence Dr. Makary cites as well as how he interprets it. Fine. Scientists disagree all the time. Much of conventional health wisdom about red meat, sodium and cardiovascular risk is still fiercely debated.

“Scientists often disagree over how to interpret evidence. Debate is how ideas are tested and arguments are refined. But Facebook’s fact-checkers are presenting their opinions as fact and seeking to silence other scientists whose views challenge their own.”

The public debate of how information online should be moderated has reached a crescendo in recent months. Progressives have launched campaigns and “fact-checking” measures to combat “misinformation” and “conspiracy theories” from social media, traditional media, and public spaces.

Critics have accused the fact-checking bodies of taking their views as fact, and labeling dissenting views as “misinformation” under the guise of “fact-checks.”

Meanwhile, conservatives and others are trying to combat the rise of “cancel culture.” Many conservatives say their views appear to be the target of greater censorship on social media platforms. This phenomenon, in which an individual is ostracized or “canceled” from social or professional circles for expressing certain political views, is drawing significant concern among those who have fallen outside the prevailing politically correct views. Those who have been censored or have witnessed the censorship say it’s a dangerous move for these powerful tech companies to be able to shut down public dissent.

Trump and conservatives have also taken issue with what they say is unbalanced moderation of user content on many social media platforms such as Twitter and Facebook. During the lead-up to the Nov. 3 election and after the Jan. 6 breach of the U.S. Capitol, these big tech companies ramped up their policing of content, which saw Trump’s account permanently suspended from Twitter and indefinitely banned on Facebook and Instagram.

Section 230 largely exempts online platforms from liability for content posted by their users, although they can be held liable for content that violates anti-sex-trafficking or intellectual property laws.

The law allows companies to block or screen content “in good faith” if they consider it “obscene, lewd, lascivious, filthy, excessively violent, harassing, or otherwise objectionable.” The protections, however, weren’t intended to apply to services that act more like publishers than online platforms, former Attorney General William Barr said in a speech in May 2020.

Trump’s Justice Department previously submitted legislative proposals to Congress that would “update the outdated immunity for online platforms” under Section 230. The department wanted online platforms to be tough on illicit material while policing user content fairly.

Lawmakers from both sides of the aisle have expressed an eagerness to modify Section 230 of the Communications Decency Act but for differing reasons. They have yet to reach a consensus on how to reconcile the two sides of this debate.

Meanwhile, the push to remove Section 230 protections has received pushback from technology groups.