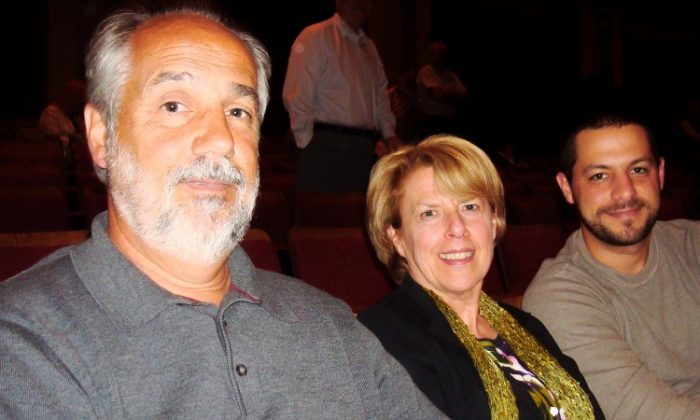 Ms. Pennisi particularly enjoyed the Mongolian Bowl Dance, in which Mongolian women emerge from tents on the northern grasslands balancing bowls on their heads. This is one of multiple ethnic and folk dances featured in Shen Yun.

The New York-based company tours the world using the arts as a means to present the ancient culture. Classical Chinese dance is at the heart of the performance; the dancers, adorned with handmade costumes, are accompanied by a unique orchestra and digital backdrops.

Ms. Pennisi said she saw themes of “joy and openness and warmth” in the performance.

Mr. Pennisi, owner of Medical Management Resources, said he saw those themes and also resilience and togetherness, as well as teamwork.